What’s in a name, and what’s in a word? It can be confusing. Just ask Kentucky basketball coach John Calipari.

Baseball historians know all about “Merkle’s Boner” from the 1908 National League season. It was the gateway for the Chicago Cubs to win their most recent World Series title. The reference is made because “boner” was once used to refer to a mistake. Now, the word means something else… at least to most people.

Yet, let’s revert to the older use of boner for a bit. Why? John Calipari made a “boner” with United States Speaker of the House John Boehner.

One John couldn’t properly identify another. 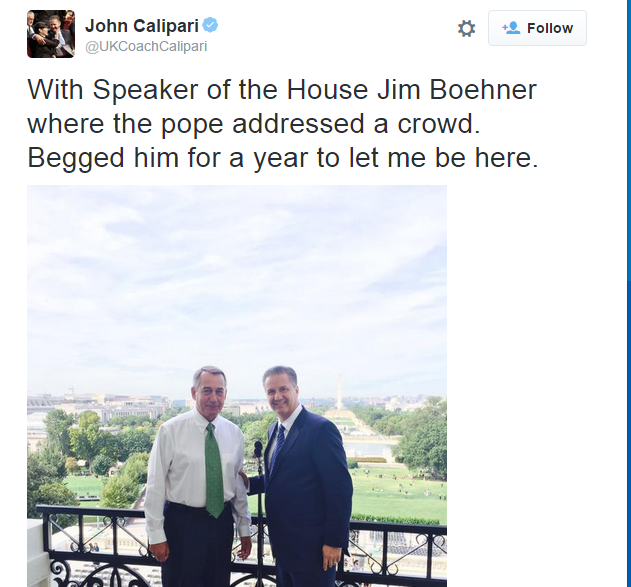