Our topic for today’s Editors’ Roundtable is a very simple one:

Question No. 1: A general question before tackling the specifics of week one: How much stock do you normally put into week-one performances?

How many games are there now in a college football season? Like 50? I know, there are 12 typically. So about 1/12th stock, right? Actually, it sort of depends on who the performance is happening against. Like, last year, that hero-ball effort by Tajh Boyd of Clemson against Georgia … I place plenty of stock in that because it was two highly ranked (and with good reason) teams playing one another and he had a gamer performance.

If it’s 500 yards rushing against the Vermont School of Paleontology? I probably don’t care that much. What’s unique about week one is the amount of prep time and emotion going into the games featuring elite-ish teams as opposed to the other games.

One, guys are jacked up after training camp and hitting guys in the same colors that they drink with on Friday nights in front of nobody, as opposed to hitting guys in different colors you don’t drink with and 90,000 people watching live.

So really, it’s like anything else … who you’re doing it against tends to determine how big of a deal it really is.

I don’t put too much stock in what I see on opening weekend. While it’s great for helping us evaluate how new players will perform in live game action, it is not a great indicator of what’s going to happen over the course of a season.

Let’s be honest: college football is a marathon, not a sprint. Every team plays a 12-game schedule and whether we like it or not, the games at the end of the season are usually more important than the ones at the beginning. While the College Football Playoff asserts that “every game counts,” the reality of it is that an early loss is not enough to derail a bid for the national championship. Provided that a team takes care of business during the meat of its schedule, it will still have a chance to compete for a crystal football at the end of the year.

Remember Georgia in 2011? The Bulldogs were awful in the first two games of the season, with Mark Richt on the hot seat in the middle of September… and they then marched to the SEC Championship Game. That’s not a representative example of how teams start their seasons, but it’s an instructive example in that week one can’t be reflexively seen as an indicator of what’s to come.

The value of week one, to me, is this: Eight months of offseason speculation give way to empirical, observation-based evidence. Preseason predictions are pure talk. Assessing teams after week one means something — not a lot, but something. After week one, my main task is to determine which teams have reaffirmed what most people think about them; which teams are in position to refute prevailing assessments; and which teams face situations less certain than what their week-one results would immediately suggest. 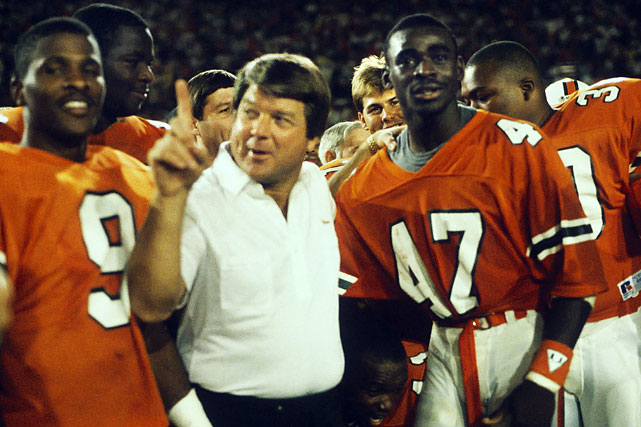 After winning the 1987 national title, Jimmy Johnson and the Miami Hurricanes beat Florida State, 31-0, in the 1988 season opener. That was an unusually significant week-one game. Will week one carry a lot of weight this season, for better or worse? That’s always one of the most fascinating questions in a college football year.

Knowing how these things go whether you agree with them or not, I’ll say Wisconsin, because how its game against LSU plays out will be trumpeted idiotically as a banner-waving game for every other team in their conference. LSU wins, and “The B1G is still hopelessly behind the SEC” or “Whatever, at least the B1G won the Civil War.” If Wisconsin wins, it’s “HAHAHA THE MIGHTY SEC IS DONE” in all CAPS and, “Whatever, 7 BCS titles speak for themselves.”

In that sense, this game will drive a narrative that’s been basically a horse hit with a bus going 60 and then another 2 million people walking by just to take a hit at it with a stick over the years. Also, though, with Ohio State out, a win could put Wisconsin in the catbird seat to play for a national title. Really, both are similar, good football teams, and it says nothing about anyone other than those two.

As far as opportunity, sign me up for some Boise State versus Ole Miss in Atlanta. Boise feels as though it’s been lost in the shuffle over the last few years because we got to a point where the Broncos were so good that unless they went unbeaten, everyone stopped looking.

Ole Miss wide receiver Laquon Treadwell lobbed what’s taken now as a verbal salvo by predicting a big day for the Rebel pass catchers, because basically, Boise’s corners are “small.” These were the games of yore that Boise would force the world to take notice. That script hasn’t changed much. Whether or not the result will remains to be seen for Thursday.

Plenty of teams face pressure, so this answer needs some parameters and qualifiers. “Supreme” or “maximum” pressure is a measurement of the expected closeness of the game and the consequences of a loss in said game. Teams expected to win by 30 aren’t facing much pressure. Teams in toss-up games or teams that are underdogs won’t get excoriated if they lose. Teams favored by about 10 to 14 points — enough to be heavy favorites but not enough to be automatic locks — face big-time pressure, more so in conference games.

Looking at the week-one schedule, then… South Carolina faces the most pressure.

Just think: What if, in one game, Dylan Thompson puts an end to Connor Shaw’s home-field mastery in Columbia, S.C.? It would be a disaster for the Gamecocks, would it not?

The biggest opportunity is defined similarly from the opposite side of the tracks — a team that’s a one- to two-touchdown underdog but could gain the world with an upset.

That team is Navy. With Braxton Miller out of the lineup for Ohio State, the Midshipmen could conceivably cause trouble for the Buckeyes. If Navy wins that game, the Mids could quite realistically enter the Notre Dame game on Nov. 1 with an unblemished record.

In case I wasn’t clear in my comments above, I don’t think one game is enough to make or break a season, which means that no coach faces any additional pressure in week 1. Hopefully, college football hasn’t devolved to the point where a school would actually sack a coach for losing the first game of the year.

For those that think this is a good idea (specifically those of you in Athens that want to see Mark Richt gone if he loses to Clemson or South Carolina), be careful what you wish for. Baylor fired Chuck Reedy after one bad season, and won just 26 percent of its games from 1997-2009.

As far as which team has the biggest opportunity in week one, it’s clearly Wisconsin. Lost in the shuffle behind Ohio State and Michigan State, no one is giving the Badgers even a puncher’s chance to beat LSU, which has never lost a regular season non-conference game under Les Miles. If – and it’s a big if – the Badgers come away with a victory, they would likely control their own destiny in the Big Ten and national championship races.

It’s hard to find another team with a bigger upside than that. 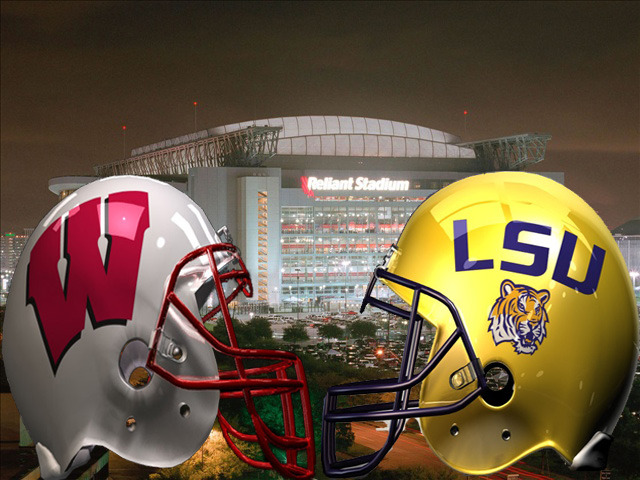 Question No. 3: What’s the sneaky, under-the-radar game you’re going to keep an eye on this week, be it on Thursday, Friday, Saturday, or even Sunday? (Miami-Louisville on Labor Day will be impossible to avoid noticing.)

Make no mistake about it: this is one of the more underappreciated rivalries in college football. Sure, Colorado has traditionally dominated the series over the years, holding a 57-21-2 lead in the series, while winning 7 of the last 10 contests. However, Colorado State usually manages to keep the game close, which is why I always make it a point to find out what time the kickoff is.

This year’s matchup is the most intriguing one in recent memory. While the Buffaloes won by two touchdowns last year, the Rams steadily improved over the course of the season, culminating with a thrilling, come-from-behind victory over Washington State in the New Mexico Bowl.

It’ll be interesting to see who prevails and starts off the 2014 campaign on a positive note.

With Boise State-Ole Miss concluding at roughly 11:45 p.m Eastern time on Thursday night, a lot of Americans will miss the first half of Rutgers-Washington State, and many of them will miss the whole game. Yet, it’s a matchup between (among other figures) Rutgers offensive coordinator Ralph Friedgen and Washington State head coach Mike Leach. There’s a lot of playcalling expertise in this game. Beyond that angle, Rutgers begins its Big Ten era against a Wazzu crew that is intent on climbing the ladder in a cutthroat Pac-12 North. It’s not a game to be ignored or forgotten late on Thursday.

You know that moment when you wake up randomly, get out of bed, maybe go to the john, and think “Oh, I have a few more hours to sleep” and then glance at the clock and realize your alarm is going to ring basically 10 minutes later? That moment sucks, because in that moment your body tells you it’s too early to get up, let alone get up and do anything.

And so I give you UCLA at Virginia, at high noon on Saturday. For UCLA, the time zone change will be a hideous shock to the system, and this isn’t the NFL where teams will go a few days in advance if they feel the need to get acclimated.

UCLA is vastly better than Virginia on paper and most other places, but UVA is faced with a season where it needs to be better for the coaching staff to remain intact next season. The Cavaliers’ secondary is veteran enough to deal with Brett Hundley.

I’m not sticking my neck out there and saying UCLA loses, but it could be a bit more hairy than it looks at first glance… or if it was being played at 7 p.m. Eastern. UCLA can feel free to swear heavily like I do when the above alarm scenario happens.