There are only three Saturdays left before the announcement of the first College Football Playoff field. (Has the season flown by that quickly? Insert sad emoticon here.)

You know what the big topics are in the college football world. Mississippi State is one of them.

Student Section editors Terry Johnson and Matt Zemek offer their thoughts on the Bulldogs following their first loss of the season this past weekend.

Point-blank: Should Mississippi State stay in the top four?

No, Mississippi State should not stay in the top four.

And, unless the Bulldogs capture the West Division crown and the conference championship, they shouldn’t qualify for the College Football Playoff.

That’s not to suggest that Hail State hasn’t had a great season. With just one more win, the Dawgs will have won 10 games for the first time since 1999, and just the second the second time in the school’s 110-year history.

While that’s quite an accomplishment, it’s not enough to get the Bulldogs into the field without winning the SEC championship. Sure, Mississippi State has a 5-1 record against a pretty tough SEC West schedule, but it’s worth noting that all of those wins came against opponents with at least three losses in conference play. In addition, the non-conference slate lacks any impressive victories, as only one of them (South Alabama) was against a team with a winning record.

That resume hardly measures up against the other top contenders. After all, Baylor, TCU, Ohio State, and Oregon all have victories over teams currently in the AP Top 10. Assuming these teams capture their respective league championships, it’s tough to see any of them missing the field in favor of a one-loss MSU squad that didn’t even win its own division.

At this point, I realize that every SEC fan is going to throw in the “But, we deserve two bids because we’ve won seven of the last eight national championships.” Even if – and it’s a BIG if – past performance had any bearing on this year’s field, that doesn’t mean the league should get two bids. While the conference champion has gotten the job done in BCS bowl games, the runner-up clearly hasn’t in the past few years. In fact, the SEC No. 2 went just 1-4 in its last five BCS bowl games*, including decisive losses in the last two.

You tell me, does that track record help or harm the SEC’s case for two bids based on how they’ve done in the past?

*  This does not include the 2011 season, when the SEC played itself in the BCS National Championship Game.

The answer to this question will include some words below, but it is best summed up by this picture: 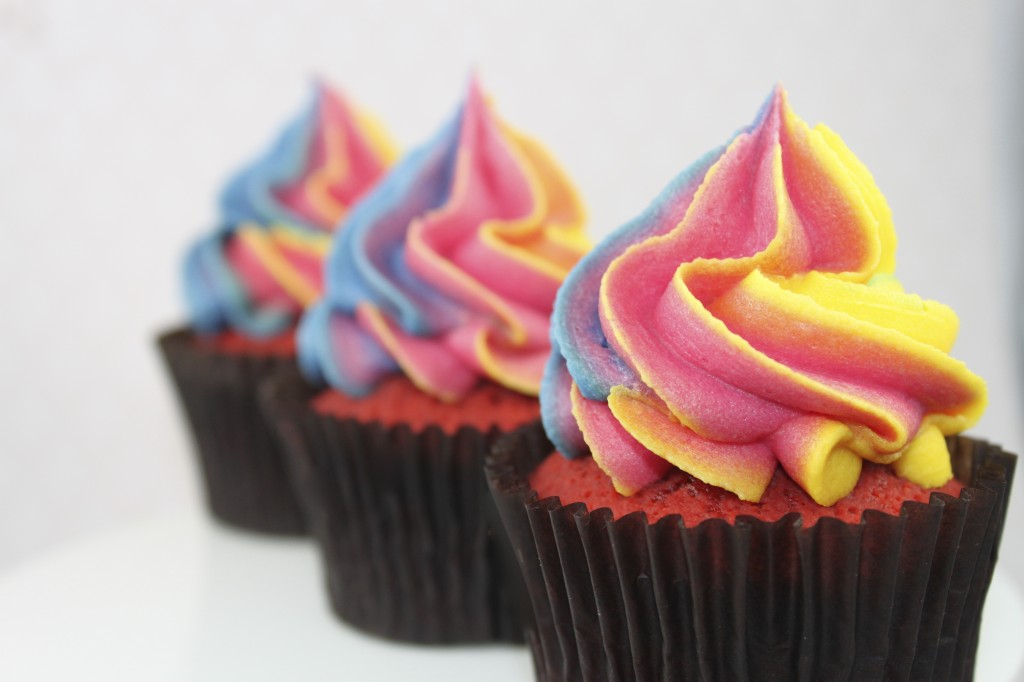 CUPCAKES — they might make you feel good, but they shouldn’t be part of a College Football Playoff diet for a Power 5 team IF that team fails to win its division in a split-division conference.

Remember everything said last week about the tensions between selecting 11-1 TCU or 11-1 Baylor, should the two teams finish with those records?

Much of what was said about THAT debate also applies to THIS debate regarding Mississippi State.

The Bulldogs certainly have a good argument to make for playoff inclusion even if they don’t win their division or conference, in much the same way that 2012 Florida had an argument to make about being a top-four team at the end of the regular season. Just because you fail to win your division or your conference, you’re not necessarily removed from the top four. You just might be one of the four best teams in the country. Mississippi State had taken care of its business all the way through the season until this Saturday, and losing on the road to a Nick Saban-coached Alabama team is certainly not the kind of loss that profoundly drags down a resume. Yes, a loss hurts a resume, but as far as bad losses are concerned, MSU doesn’t have one. This is a lot like TCU’s profile if the Horned Frogs win out.

However, as you compare 2014 Mississippi State to both 2014 TCU and 2012 Florida — for reasons just mentioned, the two comparisons are both worth making — one thing becomes apparent: Where’s the valuable non-conference notch on the belt?

2014 TCU has a decent — not world-changing, but yes, decent — victory over Minnesota. 2012 Florida won at Florida State, which profoundly elevated the quality of the Gators’ resume that season, such that they merited top-four consideration without even a division title. (Georgia won the SEC East that season.)

If we’re going to force better scheduling in college football, and Mississippi State sits right near the 4-versus-5 cut line in the battle for the last playoff spot, should the Bulldogs get the benefit of the doubt?

Cupcakes are not good for your health — too much sugar. It should be the same in football.

Members of the CFB Playoff Selection Committee, you can send a message — loud and clear — about non-conference scheduling. Send it to Starkville, among other locations.