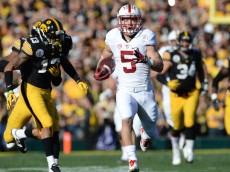 Christian McCaffrey is doing the right thing by sitting out the Sun Bowl to begin preparing for the NFL draft. Make no mistake about it: McCaffrey has nothing to gain and everything to lose if he were to play in this contest. Even with a monster game against North Carolina, his NFL draft stock couldn’t […] 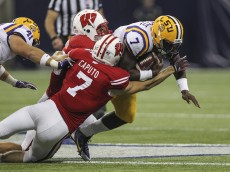 Sometimes, it feels like people find issues with things just because they’re not happy unless they’re finding issues with things. Happiness? Tranquility? What is it good for? The latest installment in Fake Outrage University, of which about 90 percent of the country sometimes feels like it has a degree from, is star college football players […] 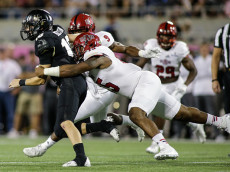 The Arkansas State Red Wolves blew out Central Florida 31-13 in the Cure Bowl to cap off another solid season. That’s not to say that ASU was perfect. It clearly wasn’t. The Red Wolf offense struggled for most of the evening, rushing 38 times for 29 yards and completing only 12 of 26 passes. As […] 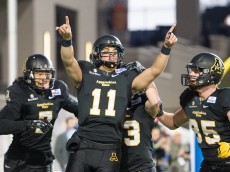 The Appalachian State Mountaineers held off a late Toledo rally to win the Camellia Bowl 31-28, giving the team a signature victory to close out the 2016 campaign. Make no mistake about it: this was an impressive win for the Mountaineers. After all, Toledo entered the game with a 9-3 mark that included a 31-10 […] 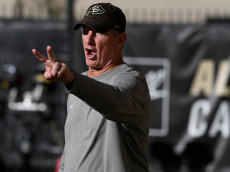 Jim Leavitt is a great choice to lead the Oregon defense. Under his guidance, the Duck D will get back to where it was under longtime defensive coordinator Nick Aliotti. Make no mistake about it: Oregon’s defense has declined rapidly ever since Aliotti retired at the end of the 2013 season. Sure, the Ducks played […] 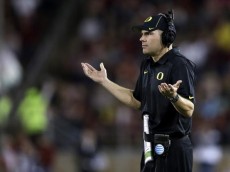 Now that Lane Kiffin is the head coach at Florida Atlantic, Nick Saban needs to hire a new offensive coordinator. Who should he bring in to run the Tide offense? Here’s a list of four candidates that Alabama should interview for offensive coordinator (although it doesn’t mean the school will interview them!) 4. Sterlin Gilbert […] 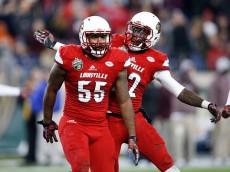 If Tom Clancy or Chris Carter ever decide to pursue doing something about college football, at least they finally have a real-life template. As we all know by now, a former Wake Forest assistant turned radio commentator Tommy Elrod was outed as giving game-planning material of the Demon Deacons to opponents over the past three […] 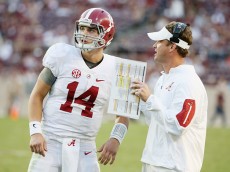 Given what he’s been through the past few years, expect Lane Kiffin to succeed at Florida Atlantic. Make no mistake about it: some experts didn’t think that Kiffin would ever become a head coach again. After all, he rubbed a lot of people the wrong way by leaving Tennessee after just one season to take […] 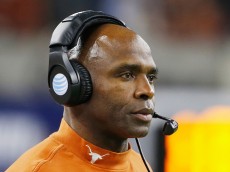 Charlie Strong is a home-run hire for the South Florida Bulls. Under his leadership, USF will win its first outright conference championship in school history. Make no mistake about it: Strong walks into a great situation in Tampa. Unlike his previous stops at Louisville and Texas, there’s no need to rebuild everything from scratch. Willie […] 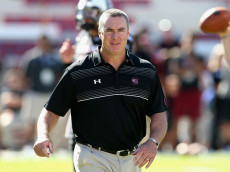 Sorry, Georgia State fans, but Shawn Elliott was not the best choice to lead the Panther program. That’s not to say that Elliott isn’t a great coach. He is. In fact, Elliott is one of the top offensive line coaches in college football, having developed several top-quality units at both Appalachian State and South Carolina […] 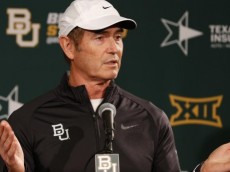 Would you believe we’re going on about three years since an NFL team poached a college coach, and that was the Houston Texans with Bill O’Brien, whom no one thought was too long for the college game as it is? The argument probably goes along with the fact that recently, the collegiate ranks haven’t really […] 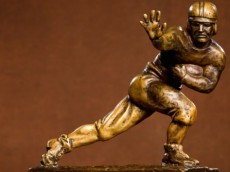 On Monday night, the following players were named as finalists for the 2016 Heisman Trophy: Lamar Jackson, QB, Louisville Deshaun Watson, QB, Clemson Baker Mayfield, QB, Oklahoma Dede Westbrook, WR, Oklahoma Jabrill Peppers, LB, Michigan From the outset of our first poll of the season, Lamar Jackson has been in pole position. The contenders have […] 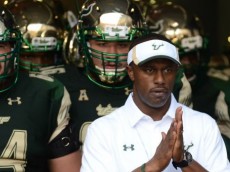 The thing about coaching hires is, unless you have a body of work of the coach at that particular school, it’s either a great hire and you’re some eternal optimist … or it’s a sketchy one and you’re never giving the guy a chance. When it comes to Willie Taggart, who is reportedly set to […] 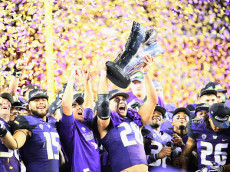 We do this autopsy every stinking year around this time, after the four teams picked for the CFB Playoff are announced to a world just waiting to rip them apart with negativity no matter what the result. Through three years of this thing, the committee has mostly gotten it right, at least in the sense […] 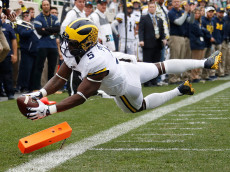 As you may or may not have heard, Michigan Swiss Army Knife (because really, he has no position) Jabrill Peppers is a Heisman Trophy finalist, and that sent people’s heads into orbit for some bizarre reason. Never does irrationality meet its summit than with sports, and the “name on the front of the jersey.” Rather […]