Ordinarily in this weekly segment our goal will be to highlight one particular uniform to be worn during the college football season that specific week. However, this week is going to be a little different. There are far too many uniforms to discuss on the opening weekend, so I have chosen three uniforms to point out for one reason or another.

Beginning the year on a somber note

Virginia Tech will be breaking out the orange helmet for its Labor Day night opener against defending national champion Ohio State. That would ordinarily be reason enough to offer an opinion on (I’m not a huge fan of it, but willing to give it a pass). The more important uniform aspect to pay attention to will be the memorial decal on the back of the Virginia Tech helmets, which will be paying tribute to the lost lives of two local TV journalists killed in a shooting shockingly captured on live television. After Virginia Tech announced plans for the memorial decals, Ohio State jumped in with a show of solidarity and asked to have the decals for their helmets as well. That’s a class move all around.

Oregon State gets in the Patriotic spirit

Every season we see teams work the American flag into its uniform for a special military appreciation game or some othewr patriotic reason. Oregon State is wasting no time in getting that spirit by filling the logo on the helmet with the red, white and blue.

As you can see, Oregon State will be sticking to a traditional black jersey at home, which is the only way they should ever go in my book. The helmet will be a white shell with three stripes in school colors down the middle, with the beaver logo layed on top of an American flag backdrop. This image may not be the best demonstration of that look, but it should be worth recognizing this weekend as the school celebrates its Military Appreciation Day.

What were they thinking?

Take a look at what Louisville is wearing this weekend when the Cardinals face Auburn in Atlanta. From the front, it’s actually pretty sweet. Look at those shiny numbers… 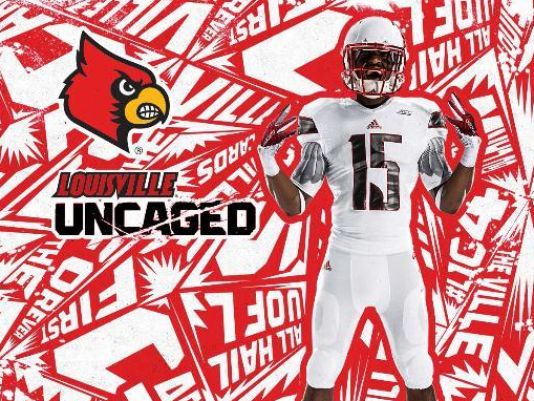 And the side of the helmet features a fancy looking old English “L”, which isn’t too bad… 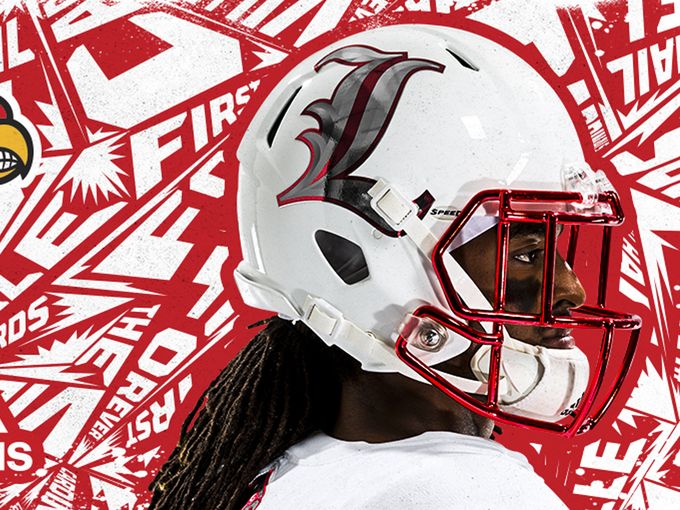 Now let’s see the other side and OH NO WHAT THE HECK IS GOING ON HERE??? 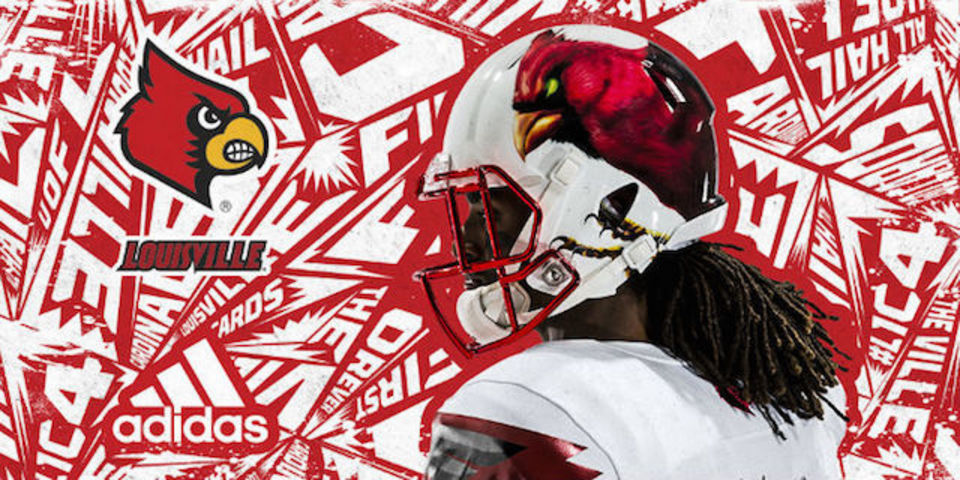 For some reason somebody at adidas and at Louisville both thought having a realistic looking Cardinal on the side of the helmet would be a good idea. No, that is a terrible decision. Now for those unaware of my long history mocking adidas uniforms, you should know that I am certainly not a fan of the work the company does with these special uniforms. But I will offer some points for the creativity and the willingness to think outside the box. Let’s just hope this doesn’t happen again at Louisville.

And don’t look now, but that cardinal appears on the shoes too… 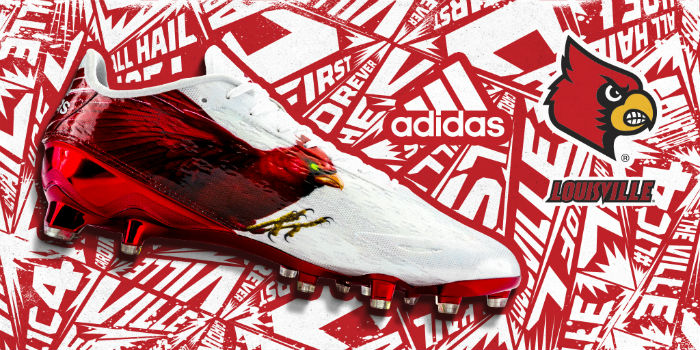 Next week we’ll get into the normal routine of picking out one specific uniform and breaking it down, offering a glimpse of the logic and thinking that went into the design when applicable and more. Each week will have something unique to offer, and there should be no shortage of commentary to offer when it comes to the ever-growing expansion of the college football uniform game. Have a uniform you would like to see me break down? Shoot me a question or image on Twitter (@KevinOnCFB) any time.