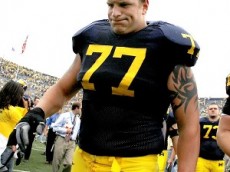 On Twitter @TheCoachBart It’s hard to tell the exact moment the doctor pulled the sheet over the face of modern Michigan football and announced it DOA. Some would say it was the botched courtship of Les Miles-turned-hiring of Rich Rodriguez. Others would say it was that first losing season since Lyndon Johnson was in office, […]