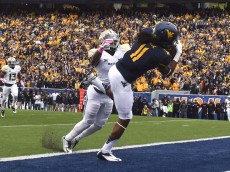 The big story at Texas since Arkansas eviscerated the Longhorns in the Texas Bowl has been the hard charge being made by Charlie Strong toward the finish line on national signing day. The wooing process led to a revelation that was overshadowed by speculation about five-star studs and a turf war with Texas A&M. After […]