On Wednesday, The Student Section produced a compilation of win-loss records over the past 11 seasons in terms of statistical advantages and deficiencies.  These records since 2003 — for teams with more in-game first downs, yards, penalties, turnovers, and more — were tabulated in bulk, not in terms of the specific teams.

In this latest installment of the Statistical Summer at Bloguin’s college sports site, we’ll begin to delve into team-specific cases. Today, here are 10 teams that really did need to gain a statistical advantage in a given category in order to win. Not all teams are created equal, but some depended on forging an advantage in a specific facet of the box score:

The Jaguars went 5-1 when they had more first downs and more rushing yards than their gameday opponent. They went 1-4 when they did not. The team’s dependence on rushing yards was magnified by the fact that South Alabama went 3-0 in games when it had fewer passing yards than the opposition. This team didn’t need to move the ball in the air; it had to move the ball on the ground instead.

Because rushing yards count for more than passing yards, it’s true that teams with more total yards often arrive at that point because of passing yards. Total yards are not an airtight measurement of success. Yet, they were pretty close to airtight for Vanderbilt. Only one FBS game broke from the pattern last season.

The Falcons won the Mid-American Conference championship, but when they were outrushed, they went 1-3 in 2013. They went 8-0 when they outrushed opponents. That’s a clean and decisive segregation of positive and negative results according to a given place on the statistical spectrum. 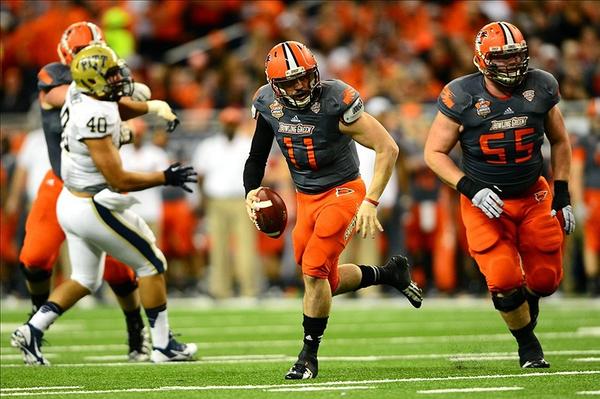 This is a pass play that developed into a quarterback scramble. It’s an appropriate visual for a Bowling Green team that needed rushing yards far more than passing yards last season.

The Cardinals outpassed their opponents in 10 of 11 FBS games last season, so in that respect alone, it’s clear that they placed an emphasis on throwing the ball. They needed to win the passing game because they set their team up in such a fashion. However, once Ball State outpassed its opponents, did it consistently win as a result of doing so?

Coach Pete Lembo’s team went 9-1 in the 10 games in which it outpassed the opposition. The Cardinals lost the only FBS game in which they did not gain more passing yards than the team on the opposite sideline.

You could find a lot of examples of teams that had to win the turnover battle in order to grab a victory, but Iowa stands at the head of the list. The Hawkeyes were 1-4 in FBS games when they committed more turnovers than the other team. They were 5-0 when committing fewer turnovers, 1-0 in games with an even turnover differential. 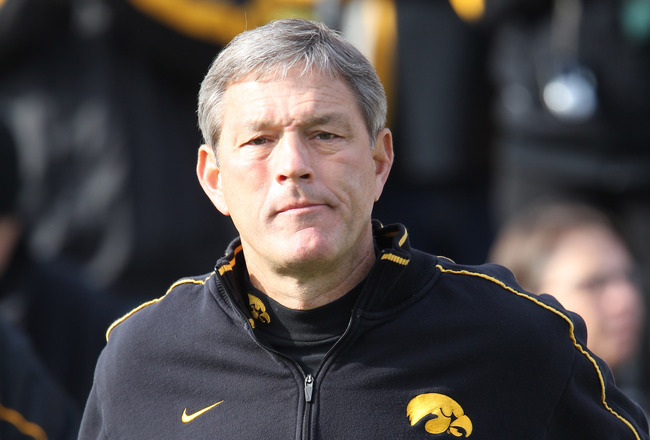 Kirk Ferentz-coached teams might be as bland as a bowl of plain yogurt, but when they don’t shoot themselves in the foot, they get results.

4 – NOTRE DAME AND TIME OF POSSESSION

The Fighting Irish were 4-0 when they won the time-of-possession battle, and all four of their losses came when they lost it (4-4 overall under that scenario). Time of possession has its limits, yes, but not last year in South Bend.

The Blue Raiders were capable of great things in their passing game, as shown in their wacky shootout win over Marshall last season. Accordingly, when MTSU outpassed its opponent, coach Rick Stockstill’s team went 5-0. However, when that advantage ceased to exist and the opponent threw for more yards than the men of Murfreesboro, Tenn., Middle Tennessee went 2-4.

The Bulls went 7-0 when outrushing opponents in 2013, 0-4 when failing to win the ground game. Buffalo’s numbers were similar for first downs, total yards, and time of possession, but rushing yards were even more determinative of the Bulls’ results. 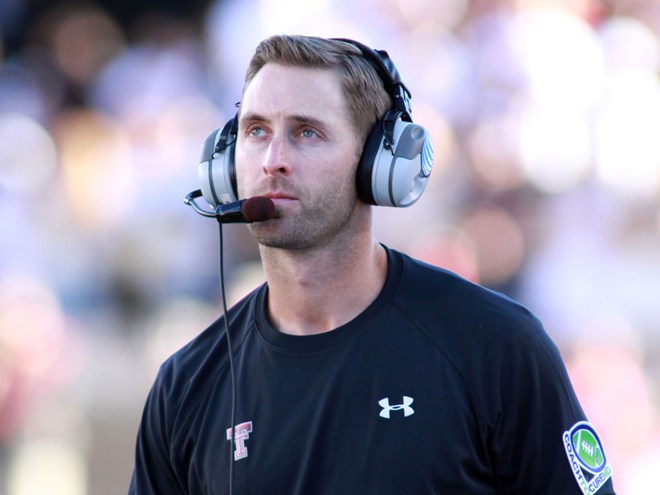 But, but, but, KLIFF KINGSBURY!

Yes, it’s a surprise, but it’s true: Texas Tech’s most predictive yardage-based stat in 2013 was not passing yards, but rushing yards. When the Red Raiders outpassed opponents, they went 6-4, and 0-1 when they didn’t. Nothing big there. However, Texas Tech went 4-0 when outrushing its foes, 2-5 when failing to do so. Not what you expected, eh? It’s not what I expected, either.