There are 38 bowl games this season. Here are 38 quick facts to give you a sense of the larger postseason landscape in college football:

Number of bowl appearances by Kansas State since the start of the 1993 season: 17.

34 – Minnesota is playing in its first New Year’s Day bowl since January of 1962.

33 – Number of wins by Boise State against teams ranked in the College Football Playoff Top 25: none. 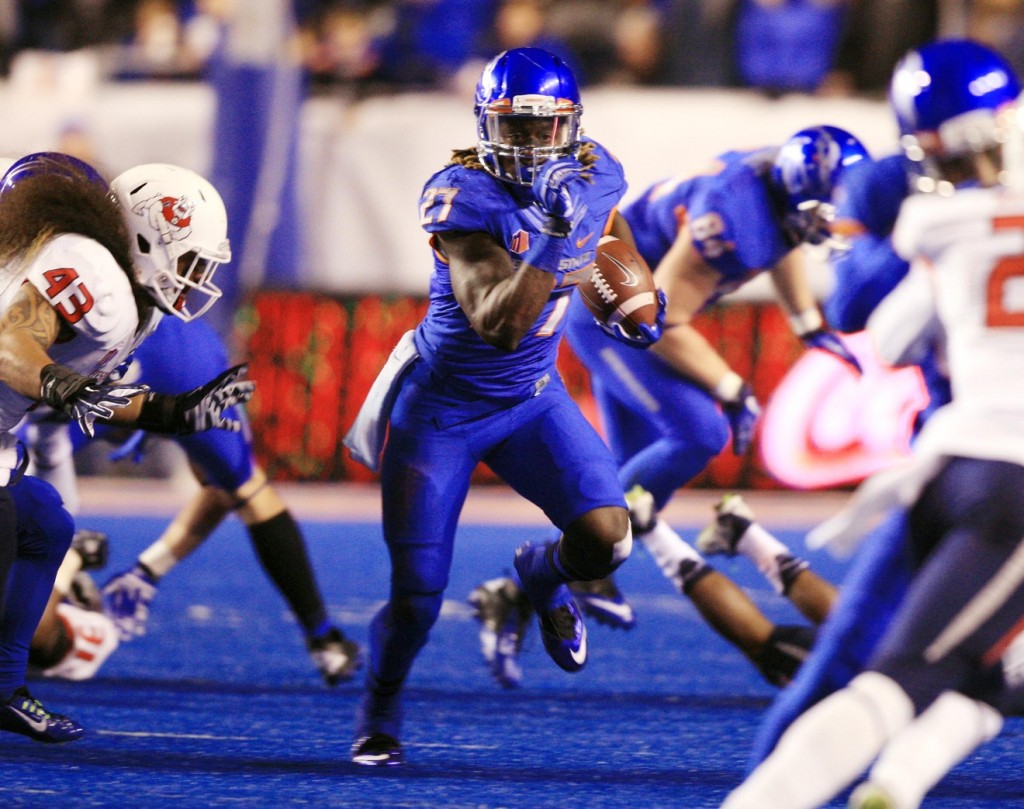 Boise State and star running back Jay Ajayi have more than a little to prove in the Fiesta Bowl against Arizona. The Broncos have a history of doing well in the Fiesta Bowl, but they had better teams in 2007 and 2010. If they won this time, it might rate as a bigger upset than the 2007 Fiesta Bowl win over Oklahoma, though that game will always remain one of the more influential contests (and outcomes) in modern college football history.

32 – Number of wins by Michigan State against teams ranked in the College Football Playoff Top 25: none.

23 – Number of bowls between Power 5 conference teams (including Notre Dame): 21

22 – Number of bowls between Gang Of Five conference teams (plus BYU and Navy, which do not have top-tier status): 10

21 – Number of crossover bowls between a Power 5 team and a Gang Of Five team: 7

18 – New bowl names this year, with locations and previous names in parentheses (not including “reverted” names, such as “AdvoCare V-100” going back to the original Independence Bowl name):

(This injustice cannot stand — get the Gator Bowl name back, please!)

NY6 conference matchups occurring more than once: none.

16 – Number of bowls in which the win differential between the two teams is three or more: 1. (9-3 Cincinnati versus 6-6 Virginia Tech in the Military Bowl)

15 – Number of 6-win teams in bowl games (mentioned because Florida is 6-5 due to a cancelled game, and Fresno State is 6-7 due to losing a conference championship game): 14.

Number of bowl-eligible teams with winning records that were not picked for a bowl: 1.

Note the tweet above in which it was mentioned that Georgia Southern, Appalachian State, and Old Dominion could not compete in bowl games due to transitioning from the FCS. 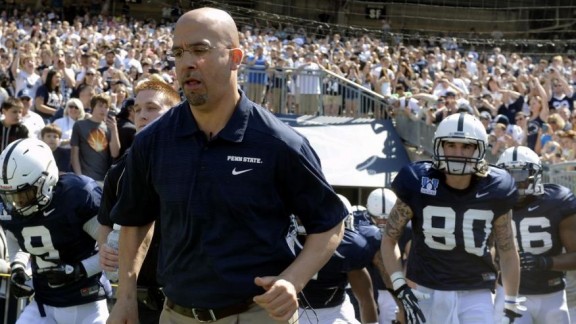 Penn State returns to the college football postseason this December. Yet, head coach James Franklin has a team that went 2-6 in the Big Ten Conference. Who knew how big that season-opening win over UCF in Dublin, Ireland, would ultimately turn out to be?

9 – The Citrus Bowl name officially returns this year. The game was previously known as the Capital One Bowl, beginning in 2003.

8 – The Peach Bowl name officially returns this year. The game was previously known as the Chick-Fil-A Bowl, beginning in 2006.

7 – Number of teams that successfully defended conference championships this season: 3.

UCF won a shared title in The American; Baylor won the Big 12 title, whether you want to call it shared or not; and Florida State won the outright title in the ACC.

6 – Three teams are returning to the bowl game they played in last season: Alabama (Sugar), Louisiana-Lafayette (New Orleans), and Arkansas State (GoDaddy). ULL is playing in the New Orleans Bowl for the fourth straight season.

5 – The home of the brand-new Camellia Bowl game is the Cramton Bowl stadium in Montgomery, Alabama. The stadium might register among college football fans of a certain age because it hosted the Blue-Gray All-Star Classic on Christmas Day in the 1980s, a game that was nationally televised by CBS and later ABC.

4 – Alabama and Ohio State have met in the Superdome for the Sugar Bowl before. The year? 1978. The head coaches: Bear Bryant and Woody Hayes, who — though he never could have known it at the time — would not coach beyond 1978 due to the punch he threw in the (December) Gator Bowl against Clemson.

3 – Florida State and Oregon have never met. This will be the first meeting between the two schools.

1 – If Marcus Mariota wins the Heisman Trophy this Saturday (as he is expected to do), his meeting with Jameis Winston in the Rose Bowl will mark the third meeting between two Heisman Trophy winners. The first was Jason White of Oklahoma versus Matt Leinart of USC in the 2005 Orange Bowl. The second meeting pitted Tim Tebow of Florida versus Sam Bradford of Oklahoma in the 2009 BCS National Championship Game.