After two lackluster weeks of college football, the sport appears poised to get its groove back. Three considerably consequential conference confrontations constitute the core of the week 10 schedule. The editors of The Student Section, joined by guest panelist and TSS columnist Allen Kenney, offer their views on Auburn-Ole Miss and TCU-West Virginia.

Auburn at Ole Miss, TCU at West Virginia, and Stanford at Oregon are on tap for this Saturday — which game resonates the most with you and why?

TCU is one of the most intriguing teams in the country to me. The Horned Frogs have a fantastic defensive strategist for a head coach in Gary Patterson, but their offensive transformation in the course of less than a year has been nothing short of miraculous. I kept waiting to find out that it was a mirage, but at this point, fair to say it’s for real.

Seven games into the year, TCU has yet to leave the state of Texas. If the Horned Frogs can survive a treacherous trip to face a hot West Virginia team, it should make them the favorites to win the Big 12.

I dislike math, but like socks that come up above the ankles, I’ll use it only when forced. Which, to say, is this time. This one is simple math for me to come to the conclusion of Auburn at Ole Miss.

Of all three games, only one of them features two teams with a realistic shot at making the CFB Playoff. The pure situations of the teams in the game makes it intriguing anyways. Ole Miss has to be all kinds of salty coming off a loss at LSU, given the way it went down.

Auburn needed every ounce of offense to put away mostly mediocre South Carolina at home. Both teams come in looking significantly less bullet-proof than they did a week ago, and Ole Miss has the drop in the standings to show for it.

The loser will likely be eliminated from playing in the CFB Playoff, and it’s high time some of these allegedly so great SEC West teams start knocking boots anyway. It will also shape how we view things down the road. Suppose Auburn wins; the Tigers’ game against Alabama becomes even more titanic because at this point, they’ll be done with the Mississippi schools and LSU. Georgia exists in their lives, too, though.

Ole Miss has the good fortune of getting Auburn and Mississippi State in Oxford to go along with Alabama (in other words, every other year they really have a helluva lousy shot with that schedule makeup).

The reason I’ve consistently been on Ole Miss is because I still think you need an elite defense which can get you that one stop and will always keep you in the game to win a championship. I’m not thinking Auburn has that. However, this is Ole Miss’ defense against probably the best offense in the SEC.

Like I said, the other two games just lack the juice on both sides rather than just one. Such is life. Go ahead and watch them all if you prefer, though. 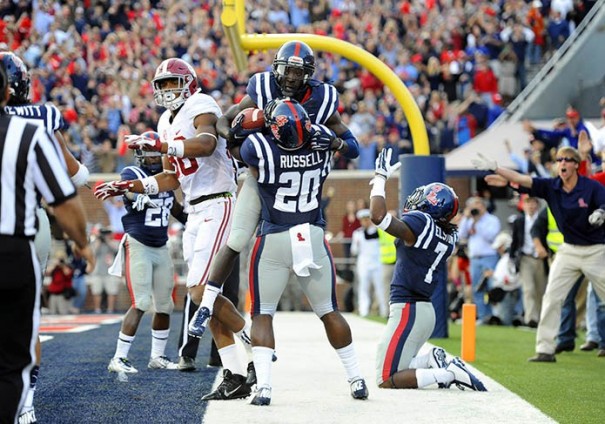 Ole Miss’s defense came up with huge plays against Alabama and did all it could to defeat LSU. Can the Rebels regroup from a bitter defeat in Baton Rouge and find the toughness needed to contain Auburn’s offense? Ole Miss will have to stand tall without injured linebacker Denzel Nkemdiche, who is out for the season after suffering a broken ankle against LSU.

Without question, the Auburn – Ole Miss game resonates the most with me.

Make no mistake about it: all of these contests are important. After all, the winner of the Stanford – Oregon game will represent the Pac-12 North in the conference championship game. Similarly, whoever emerges from TCU – West Virginia clash with a victory will remain in contention for the Big 12 crown, while the loser will start figuring out who needs to lose in order to get another shot.

However, it’s worth noting that in both of these games, only one team has a chance to play for a crystal football. While West Virginia and Stanford have played very tough schedules to this point, it’s tough to see either of them finishing in top four. Remember, the Mountaineers (Alabama) and Cardinal (Notre Dame) each have losses to non-conference champions that are ranked in front of them (although the Tide could still win theirs). If the new playoff system is going to have any credibility, the Selection Committee cannot put a three-loss Stanford team or a two-loss West Virginia team in the field over these non-champions if they finish with one or two losses. To do so would invalidate the regular season result, and make the College Football Playoff no better than the BCS (see: BCS debacle of 2011).

On the other hand, Auburn – Ole Miss is a de facto elimination game in both the SEC West and national championship pictures. The winner will live to fight another day and can capture the division crown with a victory over its in-state rival in the final week of the season. For the loser, it’s time to start thinking about next year.

Given the magnitude of this contest, I’ll give the nod to battle between the Tigers and the Rebels.

In terms of the national championship race, Auburn-Ole Miss carries much more weight, since the winner will clearly have a chance to play its way into the playoff over the following five weeks. Yet, TCU-West Virginia is somehow (and quite improbably) more compelling.

How can this be? Just look at recent history.

Consider the sense of homelessness, of isolation and desolation, TCU and West Virginia fans felt in 2011. The Big East was supposed to have been TCU’s new home, but as the league continued to suffer from a lack of strong leadership under former commissioner John Marinatto, the Horned Frogs looked for an escape hatch before they even played a single game in the conference. 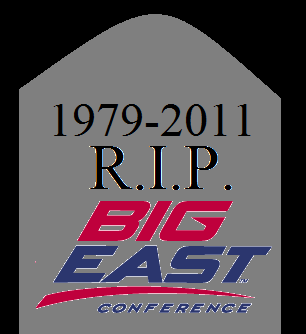 The fear, isolation and loneliness felt by TCU and West Virginia in 2011 — compounded by the predictable pronouncements heading into 2014 that neither program could hack it in the Big 12 — make this Saturday’s contest between the Horned Frogs and Mountaineers such a deeply special occasion for both schools.

West Virginia, as shown by the ESPN 30 for 30 film Requiem For The Big East, was never loved or accepted by its conference brethren in basketball. (For a great West Virginia perspective on the film and the conference, read this essential piece by the always-excellent Brandon Priddy.) However, the Mountaineers made the Big East their own as a football conference once the Miami Hurricanes left. When West Virginia, as the reigning Big East champion, destroyed Clemson in the 2012 Orange Bowl, the conquest could have been the continuation of a Mountaineer ascendancy in the Big East. However, the league’s lack of foresight — specifically, its inability to negotiate a peace between its football and basketball factions — made it imperative for West Virginia to leave as well. Connecticut, Louisville and Cincinnati fans joined West Virginia fans in wondering if they’d be able to escape the Big East and land in a power 5 conference. For a period of time, West Virginians wondered if their beloved program would be able to enjoy a future rich in possibility. The Mountaineers did find sanctuary in the Big 12, but that was no guarantee, as Connecticut and Cincinnati fans could tell you.

TCU’s history since the death of the Southwest Conference in 1995 has been marked by exile and the turbulence that goes with it. The Horned Frogs were kicked from one conference to another, the chess piece that was merely a means to a greater end for other schools. Solely as a measurement of stability within a single conference, few football programs had to deal with more disruptions than TCU from 1995 through 2004. It was only when the Frogs jumped to the Mountain West in 2005 that they were able to truly take off. It’s a testament to the skill and perseverance of Gary Patterson that TCU was able to endure so many jarring and unwanted changes and yet emerge intact on the other side.

TCU and West Virginia — two programs that had to wonder if they would survive conference realignment are now in the running for the Big 12 title. TCU has quieted the questions about its ability to compete in a power conference. West Virginia, one year after losing to Kansas and Charlie Weis, has rebuilt itself under Dana Holgorsen to the point where it can potentially win a conference championship more impressive than anything it ever pulled off in the Big East (with the possible exception of 2005 under Rich Rodriguez and quarterback Pat White).

Auburn-Ole Miss is a bigger game, without question.

Sports can be that way.