The first few weeks of a college football season are generally scheduled in advance of the opening weekend. In the first two to three weeks of a season, the proliferation of non-conference games — combined with the fact that big-name teams have few to no losses — makes it comparatively easier for ESPN and other outlets to time-slot their games. Week four of the season is something of a hinge point between the end of non-conference action and the start of conference games, especially in the Pac-12 and Big 12, which play nine-game conference schedules.

The Student Section will spend the remainder of the regular season picking through the ways in which the networks (chiefly, ESPN) have chosen to structure their weekly schedules, particularly through the prism of timeslotting. Which games and time slots do you need to pay attention to? How did a schedule make the grade? How could a schedule have been better? Was the SEC on CBS game of the week the game which deserved such treatment as a featured item? We’ll try to offer insights on those kinds of questions and more in this weekly viewer’s guide.

ABC gets the biggest and most high-profile game on Saturday in week four, as Clemson visits Florida State, but the matchup which offers the best chance of a thoroughly entertaining thriller is Oklahoma-West Virginia on FOX, half an hour earlier (roughly 7:40 p.m. Eastern compared to 8:10 for Clemson-FSU).

If you recall, Oklahoma and West Virginia played a ridiculously fun game two years ago, the last time the Sooners went to Morgantown, W. Va. With West Virginia once again owning a potent offense (unlike last season), a Mountaineer-Sooner game shouldn’t become the form of visual torture it was in 2013, when viewers wanted to claw their eyes out. Eight turnovers, only eight third-down conversions, and a total of 50 percent completions in the entire game? You’re not going to see that in 2014. West Virginia could also pull a significant upset to shake up the College Football Playoff. You’ll want to watch.

Clemson-Florida State? The Seminoles could blow out the Tigers once again. You’ll want to start with OU-WVU and, if you have only one television in the room, take a peek into Clemson-FSU during commercials or other breaks. If Tigers-Noles gets interesting, you will then be in a position where you’ll have to wear out your remote.

BEST TIME WINDOW OF THE WEEK: THE 3:30 EASTERN WINDOW

The night window (7 to 11:30 Eastern) has the two biggest games, but the 3:30 Eastern window has the largest number of interesting contests.

At 3:30, Florida and Alabama play. Even with Florida struggling, this rates as a highly intriguing clash for a number of reasons. Before saying anything else, it’s important to note that if this game had been scheduled for Oct. 18 and not Sept. 20, Florida could be 3-3, making this game a non-event. With the Gators still settling into their season, however, Florida-Bama can be viewed as a mystery, even though most folks would rate the Crimson Tide as a hefty favorite. This matchup, by occurring earlier in the season rather than later, is blessed with just enough uncertainties to create an intriguing viewing experience… at least in the first half.

Should this have toppled Misssissippi State-LSU for the CBS game of the week? One could make a legitimate argument for MSU-LSU, but since Mississippi State has yet to prove itself as a top-tier team in the SEC, it’s more than reasonable for CBS to pick the game with the two teams that dominated the SEC for much of the 1990s and returned to prominence under Urban Meyer and Nick Saban, respectively. 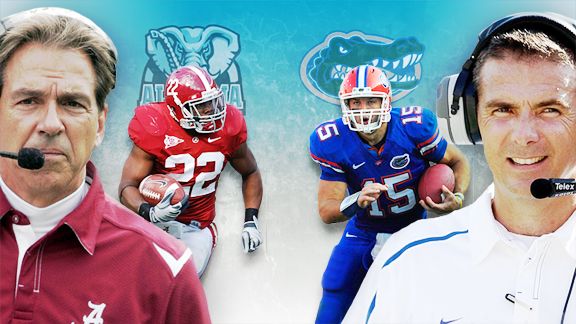 There’s a lot more than Gators-Tide at 3:30, though. There are three games which all rate as what one could call “curiosity contests,” games that don’t blow you away with star power, but are worth watching because you’re still trying to figure out these teams.

Is Rutgers the team which scored a ton against Washington State, or the one which barely scored at all against Penn State? Watch the Scarlet Knights against Navy on CBS Sports Network at 3:30.

Is East Carolina ready and able to back up its win over Virginia Tech? Watch the Pirates host North Carolina on ESPNU at 3:30, instead of the Texas A&M-SMU game that has the ABC/ESPN2 assignment, naturally to give those networks the bigger ratings they will in fact receive.

How legit is Virginia’s defense? Does it travel? Find out when the Cavaliers go to Provo, Utah, to take on unbeaten BYU on ESPN at 3:30.

Can Utah win on the road? Can Michigan play well for a change? Find out in the other ABC/ESPN2 split game at 3:30 from Ann Arbor. This is the time slot when you’ll learn a lot about college football in 2014.

CURVEBALLS: GAMES THAT CHANGED THEIR IDENTITIES OVER THE FIRST THREE WEEKS OF THE SEASON

When a season schedule initially comes out, fans and writers immediately try to piece together the various matchups of each week, identifying which games are going to highlight each weekly schedule.

Before the season began, there was reason to think that in week four, the South Carolina-Vanderbilt game was going to be a battle. Not now. That game’s juice has been squeezed out, leaving Brent Musburger and Jesse Palmer to have to cover an almost-certain Gamecock gouging of the Commodores. ESPN has covered that game in the recent past, but there was little choice for the network this time. It had to farm that game over to SECN this year. The nature of that game changed in a hurry over the first three weeks of the season.

On the flip side, the California-Arizona game you see in the 10 p.m. late-night slot on Pac-12 Network has become a much more interesting game than a lot of observers could have realistically expected. With Cal winning at Northwestern and giving an indication that it has achieved a basic level of competence in the second year of coach Sonny Dykes’s tenure, that clash with Arizona offers the realistic possibility of a close game, and the accompanying possibility of a pure firefight with over 1,000 total yards and 80 total points. If you do get P-12 Network, that’s a game which should be on your radar when Oklahoma-West Virginia, Clemson-Florida State, and the other big 8 p.m. game, Miami-Nebraska, all go final. 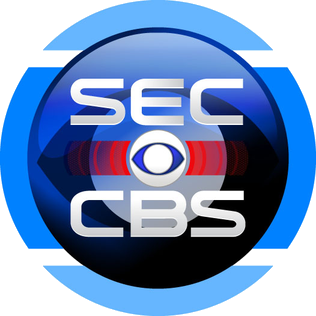 You might have noticed that last Saturday, the kickoff of the CBS game between Georgia and South Carolina was delayed roughly 90 minutes by a severe weather threat. The game kicked off at approximately 5:05 p.m. Eastern time, instead of just after 3:30, the normal CBS time slot.

At my previous place of (college football writing) employment, I voiced the need for more use of 5 p.m. Eastern as a time slot. In accordance with the use of a 5 p.m. time slot, I also argued for the use of the 1:30 p.m. time slot as a lead-in. The Georgia-South Carolina game offered a glimpse of how different a Saturday is when a featured game begins just after 5 Eastern.

My verdict: Maybe push the game up to 4:30 or 4:15… but the presence of a staggered start would still be of great benefit to fans.

Viewers who were watching the East Carolina-Virginia Tech game had to endure a prolonged affair that reached nearly four hours in length, bleeding into the 3:30 window from the noon window, which is what Pirates-Hokies occupied. A few other games from the noon window spilled into the start of the 3:30 window, showing that for all the things college football has tried to do to shorten the length of games, a proliferation of incomplete passes, penalties, and (or) replay reviews can still carry the length of a game past the typical three and a half-hour slot it normally receives.

At 3:30 (and you’ve seen this outlined above), a typical college football Saturday provides a lot of regional variety in its matchups. The 3:30 slot is a high-volume time slot, one in which various schools are happy to stage their games — they’re not buried early in the day, and they’re not pushed out of sight for West Coast schools that don’t want to play late into the night. It’s necessary to start a lot of those regional games (think of Rutgers-Navy and North Carolina-East Carolina) at 3:30.

Yet, wouldn’t it stand to reason that one of the two major ESPN networks (Mother Ship and Deuce) or especially CBS (since it usually airs just one game a week and doesn’t have to program around other sporting events such as NASCAR) would want to lay down a featured game at 4:30 Eastern, so that none of the early games bleed into the time window?

Georgia-South Carolina, by starting at 5, bled into the 8 p.m. Eastern featured window (UCLA-Texas, Tennessee-Oklahoma, USC-Boston College). Based on how the day unfolded, it seems unwise to start games at 5, because fans look forward all week to the big 8 p.m. games, especially the Chris Fowler-Kirk Herbstreit centerpiece. It does not make good sense for ESPN/ABC to have a game at 5 pre-empting that window. However, a 4:30 or perhaps a 4:15 game would offer a sweet spot and a bit of a compromise in this regard.

Fans of regional teams could lock into their game at 3:30, but for the biggest games of the week, a scheduling structure in which everyone could watch a huge noon game (Oklahoma-Texas has historically been one of the bigger noon ET games during a college football season), a massive mid-afternoon game at 4:15, and then the foremost night games at 8 would seem to offer the most benefit for fans and writers alike. Less interference between and among time windows is a win-win.

It will be interesting to see if the unexpected 5:05 kickoff in Georgia-South Carolina does anything to reshape CBS’s timeslotting for 2015 and beyond.