On Thursday night, the Florida State Seminoles stared down the barrel of another deficit of at least 17 points. Having fallen behind Auburn by 18 in January’s last BCS National Championship Game, Florida State had already known the discomfort of a massive scoreboard disadvantage against a formidable playcaller, Gus Malzahn. When Florida State fell behind North Carolina State by 17 earlier this season, it knew the utter misery of feeling helpless on defense due to a steady stream of injuries.

Therefore, when the Seminoles absorbed the fact that they trailed the Louisville Cardinals, 21-0, late in the second quarter of Thursday’s ACC game in the league’s newest locale, they were not in an unfamiliar position. The playcaller on the opposite sideline deserves to be placed in the same league as Malzahn. As a delicious historical accent, Bobby Petrino had once called plays for Auburn and had even met with school officials in a secretive manner while Tommy Tuberville was still gainfully employed as Auburn’s head coach.

Florida State — while recalling the feeling of having to deal with an elite X-and-O chessmaster — also had to confront the reality of more injuries. One linebacker after another has been injured this season, and the trend continued on Thursday, to the point of absurdity:

FSU is so thin at linebacker, they just out 32 in. There is no 32 on the roster.

Florida State was tempting fate on Thursday. Insert your favorite cliche or catchphrase here — going to the well too many times; you can’t always just flip the “on” switch; negative patterns catch up with you at some point. It applied to the Seminoles.

What does it say about Florida State — about head coach Jimbo Fisher; about quarterback Jameis Winston; and about that spare-parts defense, taken to the ocean floor of its depth chart — that it was able to get out of trouble once again? In a word, everything. The Seminoles’ comebacks would be impressive enough when viewed from a great distance. When seen in a fuller, more detailed context — especially in light of the tidal wave of injuries on defense — this team’s resilience is magnified a thousand times. College football fans and pundits should be used to this, which is why Louisville’s 21-0 lead just before halftime meant exactly this much: 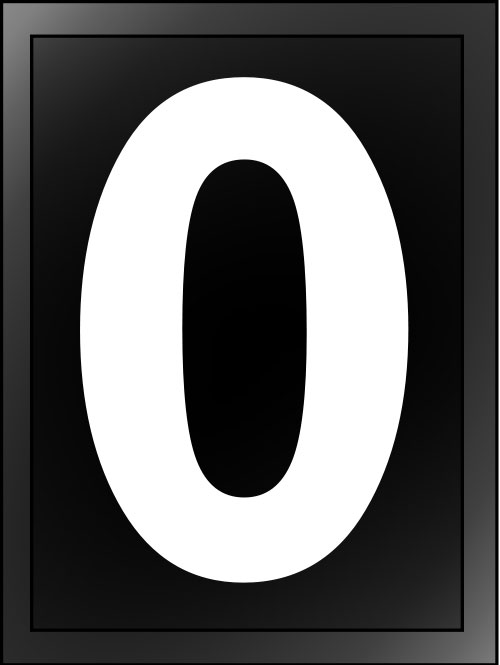 As we reflect on and digest another Florida State comeback, it’s worth absorbing the many familiar truths this game unearthed on a night when college football didn’t have to deal with the baseball playoffs and was opposed on television by a not-that-competitive NFL contest between New Orleans and Carolina.

The aftermath of yet another Florida State comeback rightly puts the focus on the Seminoles, whose resilience is to be commended in the fullest possible terms, for reasons mentioned above. As one comes to terms with the immensity of Florida State’s achievement, perhaps some lessons can be learned by the national college football community.

Lesson number one: You beat elite teams with home runs, not bunt singles.

The World Series of small ball might be over, but taking down a team such as Florida State can’t be done with the San Francisco Giants’ minimalist methods — get grazed by a pitch when not trying to get out of the way; have Hunter Pence hit a 76-hopper through a hole; then hit a sacrifice fly.

It should be achingly clear by now that to beat Florida State, especially with its defense in such a vulnerable condition, you need to get to at least 40 points, though North Carolina State lost by 15 on a day when it scored 41. Numbers aside, Florida State’s offense — under Winston — throws haymakers and generally doesn’t settle for field goals. A lot was made about Louisville eschewing a 19-yard field goal on its first possession, but where this game might have turned — there are really several points in Thursday’s contest that could be tagged as such — was when Louisville couldn’t score seven points early in the second half after stuffing the Seminoles’ offense twice in short yardage near midfield. Florida State’s defense, though ravaged by injuries, gained enough confidence to contain the Cardinals and halt Louisville’s attempts to run away and hide. Louisville’s offense approached a few moments when it could have driven in a dagger, but wasn’t able to.

We should know by now that anything less than a 100-percent dagger-driving success rate puts you at risk against Jameis Winston.

Lesson number two: Don’t make assumptions about teams and specific units unless or until they’ve been tested.

If you had a dime for every time the words “Louisville’s number-one defense” were mentioned on Twitter in the buildup to Noles-Cards, you’d have been able to pay a year’s rent or buy a pretty decent used car. “But the metrics really did say so, adjusting for strength of schedule and other factors!”

I think highly of advanced stats and modern metrics, because they do indeed provide many new layers of perspective that necessarily unpack numbers that can so easily tell lies. Advanced statistics are far more informative than many of the box-score statistics that mask deeper realities. Yards per play and offensive production relative to drive length are just two of the statistics that instantly improve one’s understanding by leaps and bounds.

Yet, as is the case with everything else in life, advanced statistics are also subject to limitations. This doesn’t make them bad or deficient, merely subject to some common-sense constraints. The obvious limit to Louisville’s defense was not the fault of the Cardinals themselves. They did what they could entering this game, and evidently did it quite well. Yet, the fact of the matter was that coordinator Todd Grantham’s unit had not faced anything like Florida State over the previous two months. Clemson would have been a tough offense to face in 2013… but not 2014. That’s basic logic. To have entered this game thinking Louisville needed to play a 19-16 kind of game (and/or was in good position to win that kind of game if it had unfolded) was just not astute in a larger historical context.

Within this larger lesson about waiting for teams (or specific units) to be tested, there lies another important point to be stressed:

Lesson number three: Remember that a long season takes all sorts of twists and turns, relative to strength of schedule. Not until the middle of November should one begin to piece together the full contents of a team’s resume in an attempt to assess that team’s overall quality.

(This is the lesson that very much applies to the College Football Playoff discussion, much as it applied to the BCS discussion.)

Wasting time on comparing resumes in early October can very easily lead a pundit to cling to assumptions about a team’s or conference’s quality that, come early November, no longer apply. It’s better to not spend any time on polls the first two months of the season, so that one can just focus on team evaluation. Louisville’s defense — and its actual quality relative to its previously perceived level of quality — offers a perfect example of why we still need a few more weeks to begin to say we know how good these teams are (and aren’t). 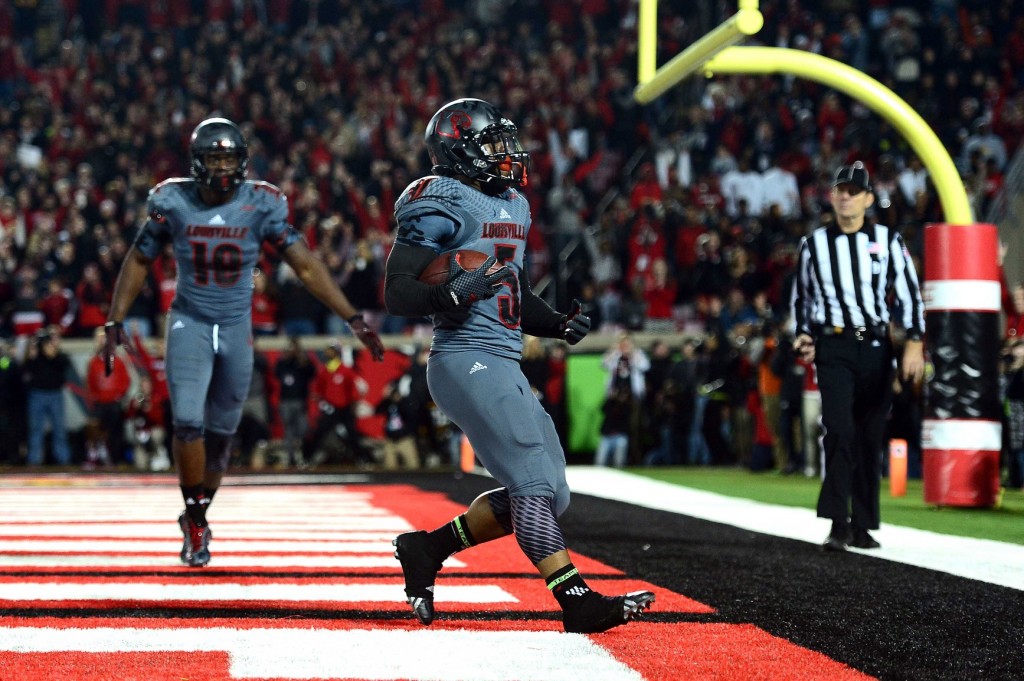 Michael Dyer was excellent for Louisville on Thursday night against Florida State… which is why it was so surprising that on Louisville’s most important possession of the night — down 35-31 with under four minutes left — it was so surprising that UL head coach Bobby Petrino didn’t give Dyer the rock on a third-and-two play near midfield. Florida State survived a dropped pass on fourth down and then added a touchdown to put the Cardinals away.

Lesson number four: Realize that while what you saw on Thursday was nothing new for Florida State, it wasn’t anything new for a Bobby Petrino-coached Louisville team, either.

This result on Thursday dipped into painful pages from Louisville’s recent history under Bobby Petrino. Yes, the first Petrino go-round in Louisville was a smashing success, catapulted to the big leagues by the thrilling 2004 Liberty Bowl win over a similarly ascendant Boise State and then crowned with glory in the 2007 Orange Bowl triumph over Wake Forest. However, for all that Petrino achieved in his first stay at Louisville, he did absorb a few crushing defeats, and this 42-31 loss to Florida State called two of them.

In 2004, Louisville lost a 24-7 halftime lead to Miami, also on a Thursday night. The Cardinals had the game in their hands in the fourth quarter, but Kerry Rhodes dropped an interception that would have sealed the contest. Similarly, against Florida State, Louisville defenders twice dropped interceptions that would have gone a long way toward securing victory. Dropping interceptions is never a good idea; naturally, you’re asking for even more misery when you do so against the defending national champions.

The other game recalled by this Louisville loss was still another Thursday night contest. The Cardinals bolted to a 25-7 lead against Rutgers in 2006, intent on making the BCS National Championship Game (something they just might have been able to do had they run the table, though it would have been close). However, the Cardinals relaxed on defense, much as they did on Florida State’s final full drive of the first half. Their offense tightened up just enough to leave the door open for their opponent (which also sounds familiar to Florida State), and Rutgers pulled off the biggest win of the Greg Schiano era.

A knowledge of history — especially for Bobby Petrino and Louisville — was one of the many reasons why the Cardinals’ 21-0 and (later) 24-7 advantages didn’t really mean that much.

A 17-point lead against Florida State means something if there are only five minutes left in the fourth quarter. In the third quarter, it’s merely an invitation to a great team, asking it to make a little more history in a season that seems destined to end with a berth in the College Football Playoff. “Seminoles” and “semifinals” are going to be included in the same sentence five weeks from now, barring something remarkable.