It’s not as though dozens of bowl teams won’t be motivated.

Yes, you’ll get the occasional “sulking bowl team” such as USC in the 2012 Sun Bowl against Georgia Tech, but in most cases, the “motivation factor” manifests itself in the form of the underdog that really, really wants to prove a point or make a memory.

A perfect example of this is the 2014 Sun Bowl — aka, the “Devil Bowl” — between Arizona State and Duke. The Devils of Sun will want to cleanse the palate with a postseason win after getting outplayed by Arizona, and also after dragging listlessly through the 2013 Holiday Bowl in a loss to Texas Tech. The Devils of Blue, however, will be 1,000 times more motivated than ASU to win in El Paso. Why? Duke hasn’t won a bowl in 53 years. If Duke wins, don’t trot out the “ASU wasn’t motivated” line. Trot out the better “Duke was extra motivated” argument.

Let’s tally up the numbers for these 36 games, shall we?

TWO-WAY GAMES: THE BOWL MEANS ROUGHLY THE SAME TO EACH TEAM

The 21 games which fit this description:

2. Western Michigan-Air Force (Potato) — Both teams have won seven more games this season than last season. It’s a big game, but it will mean the same to each squad.

3. BYU-Memphis (Miami Beach) — BYU is used to bowling, and Memphis isn’t, but BYU wants to be able to move up in the college football power structure, so this bowl means something to the Cougars, not just the Tigers.

6. Central Michigan-Western Kentucky (Bahamas) — Both teams will be immensely excited to play in a bowl, and to do so in The Bahamas.

8. Illinois-Louisiana Tech (Heart of Dallas) — These teams come from very different places on the college football map, but for their own reasons, this game will have an equally powerful pull for both.

12. Penn State-Boston College (Pinstripe) — Penn State is just happy to be able to go to a bowl game, so in a certain sense, you could say this is a “one-way” bowl and not a two-way bowl. However, these teams share the Northeast as a recruiting battleground, and that’s the component which makes this more of a two-way game. 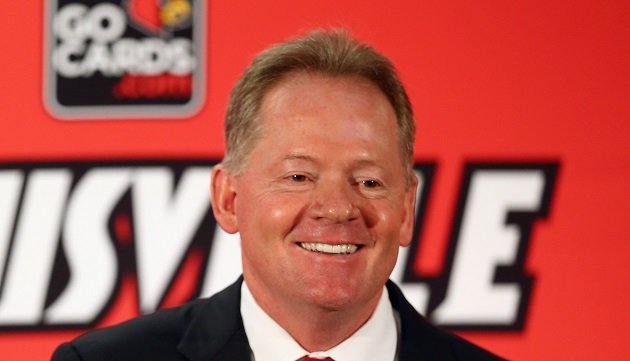 Louisville head coach Bobby Petrino will get to coach against an SEC East team for the second straight game. He jumps from Kentucky to Georgia, and both games carry quite a lot of significance for the Cardinals. One was a rivalry game; this one is a little more personal, with UL defensive coordinator Todd Grantham being the center of attention.

15. Louisville-Georgia (Belk) — Both teams badly want to win the Todd Grantham Bowl, a battleground game in the constant tug of war between the ACC and SEC.

21. Georgia Tech-Mississippi State (Orange) — Another (and much bigger) ACC-SEC clash, with the result having a lot to say about the balance of power between these conferences.

ONE-WAY GAMES: THE BOWL MEANS A LOT MORE TO ONE TEAM THAN THE OTHER

The 15 games which fit this description:

1. Nevada-ULL (New Orleans) — ULL has played in this game the past three years. It’s the first bowl for Brian Polian as Nevada’s coach. A ULL loss won’t be a negatively transformative event for the Ragin’ Cajuns.

2. Utah State-UTEP (New Mexico) — Utah State expects to play in bowl games these days. UTEP couldn’t have known before this season that it was going to go bowling. This kind of dynamic will exist in a few other bowls on this list.

6. Nebraska-USC (Holiday) — Nebraska’s in the midst of a coaching change. USC needs to see more from Steve Sarkisian. These teams occupy very different pieces of terrain in this game. It’s essential for USC to win, not as much for Nebraska.

7. Clemson-Oklahoma (Russell Athletic) — No Deshaun Watson for Clemson means that OU has all the expectations, Clemson none of the pressure. It’s gravy for Clemson if it wins, a disaster for OU if it loses. That’s the “heads I win, tails you lose” nature of some bowl games in a nutshell.

8. Texas-Arkansas (Texas) — Texas would love to win. Arkansas HAS to win to validate all the late-season hype it received.

10. Wisconsin-Auburn (Outback) — If Wisconsin wasn’t dealing with a coaching change, this would have been a two-way game, and a fascinating one. As it is, though, the Badgers can’t be penalized or knocked too much if they lose under these adjusted circumstances.

The coaching situation at Wisconsin has undeniably changed the way the Outback Bowl against Auburn is (and should be) perceived. That’s an occasional fact of life in bowl games: coaching changes do alter the calculus.

14. Ole Miss-TCU (Peach) — TCU-Mississippi State or Ole Miss-Michigan State would have been two-way games. This is more a one-way game in which all the expectations and pressure fall on the Horned Frogs.

15. Boise State-Arizona (Fiesta) — One team is hoping for a huge upset. The other team expects to win. This game means a ton to Arizona… it means 10 tons to Boise State. Had Arizona drawn, for the sake of argument, Baylor or Michigan State in its bowl game, you’d have encountered a “two-way” bowl.