The coming Saturday of games in college football is the annual SEC Cupcake Saturday (Non-) Showcase. This takes the air out of the balloon as far as the season is concerned.

However, Thursday offers two highly important games: North Carolina-Duke in the ACC Coastal is one. The centerpiece, though, is a Big 12 showdown between Kansas State and West Virginia, the best game on the slate in week 13. The Student Section editors discuss what KSU-WVU means as a measurement of the Big 12.

How does Thursday’s Kansas State-West Virginia game affect your perception of the Big 12?

Thursday’s night Big 12 contest between Kansas State is kind of like a trip to Fire of Brazil. It might only happen once a year, but when it does – it’s definitely worth the price of admission.

The 2013 edition of this contest will be no different. Once again, the Mountaineers rank near the top of the nation in total offense (12th with 502.2 yards per game), while the Wildcats are among the nation’s leaders in scoring defense (21st at 21.1 points per game). This type of “strength versus strength” matchup is always fun to watch – even though Kansas State has won the last two meetings by more than three touchdowns.

Why did I bring up that last clause? Simple: if the Big 12 champion is going to get the upper hand on a one-loss SEC team like Mississippi State, it needs the Wildcats to win this contest decisively. After all, if the Selection Committee is going to compare similar teams based on strength of schedule, Baylor and TCU need Kansas State to win as many games as possible. The better the Wildcats’ record is, the more impressive the win will look in front of the Selection Committee. 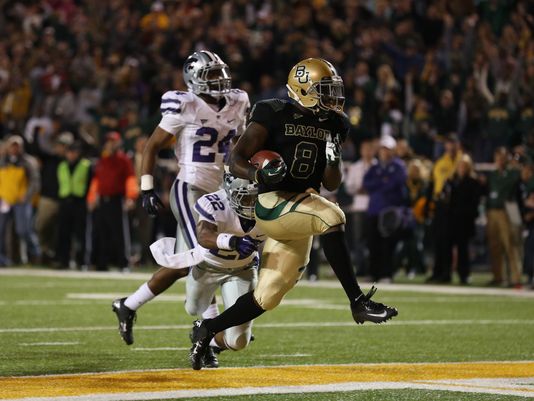 Kansas State at Baylor — this was a hugely significant game for the Big 12 in 2012, but for the wrong reasons. The league needs that game to matter for the right reasons this year.

There are three schools of thought on this game, and not just because the three of us have all responded differently to this question. These three views really do magnify how this question’s answers can branch out in three fundamentally different directions, all of them valid.

One answer, by Terry above, highlights the need for the Kansas State-Baylor game to mean as much as possible on Dec. 6, when all voters will be closely watching. That’s an excellent point. Wildcats-Bears in Waco could very well acquire a maximum degree of heft if KSU wins in Morgantown on Thursday.

Bart’s view below — I’ll let you read it — represents another valid and perfectly legitimate argument.

My argument is the third one: West Virginia needs to end this season as a reasonably good win in order to boost the Big 12. The league should want WVU to win this game more than KSU, though reasonable people can certainly disagree here.

If you are convinced by either of the other two arguments made by my colleagues — feel free to read them and then come back to mine — please consider the following point:

If Kansas State had beaten TCU and West Virginia had not lost to Texas, it would have been nakedly apparent that the Big 12 would have needed KSU to beat West Virginia this Thursday. We can all see that, right? However, those two events did not happen. We are left with a situation in which West Virginia:

1) Has to win to avoid losing a fifth game this season.

2) Has to win to make Baylor’s one loss look better.

3) Has to win in order to go .500 in four high-profile home games against Oklahoma, Baylor, TCU, and Kansas State.

Consider that last part and think about it for an extra minute: West Virginia won the schedule jackpot this year in that its Big 12 schedule rotation put all the really hard games at home and the more manageable games on the road. That’s what any team should want over the course of its season. How I evaluate West Virginia over the course of the full 2014 season will definitely hinge, in large part, on whether the Mountaineers go 1-3 in their four big home games or 2-2.

Flowing from that, the extent to which WVU is seen as a quality win has a lot to do with how deep the Big 12 ultimately becomes. Is West Virginia going to be an above-average (though obviously not elite) pelt? This game will likely decide the issue.

Now, you might rightly ask: What about KSU? Doesn’t the Big 12 need the Wildcats to become a better win, too? Fair question.

I would respond by saying that there is always a balance a league must seek, a balance between elite quality at the top and quality depth in the middle third of the league. That balance would have leaned more toward Kansas State had it beaten TCU and had WVU taken care of Texas to shore up its resume. Since neither event happened, the verdict here is that the Big 12 needs WVU to shore up the middle third of the league more than it needs KSU to enter the Baylor game with one fewer loss.

The balance is always going to be different depending on the previous week’s — or month’s — events, but that’s where we are heading into a very consequential Thursday night in Morgantown. 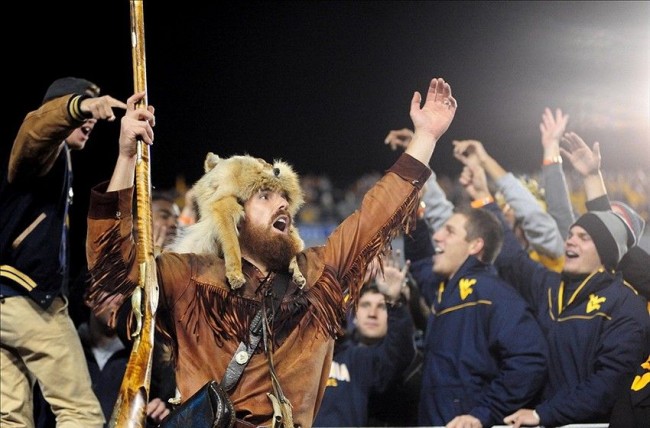 It’s sort of like the food at Chili’s … you know what you’ve got going in, and nothing’s really going to change your perception on it. It’s not the best, nor is it the worst by any long shot. It’s just sort of “there.” You end up getting full and learning nothing in the process about food, life, yourself, or how you can get those chili pepper door handles for your home. That would obviously be pretty sweet.

I think since TCU handed out beatdowns to KSU and then we’ve learned that Auburn isn’t really that great, we take KSU for what it is … an above-average team that gets the most out of itself.

I think if anything, the interesting storyline is West Virginia, a team that spent the first day of college football season and then most of it afterwards looking like a really improved outfit across the board. It was one of the better stories of the year, because you felt like Dana Holgorsen had to have a decent year so the vultures would at least go set up shop somewhere else.

West Virginia losing again could make the natives cantankerous, and since they’re not allowed to burn stuff on campus anymore, someone’s getting the horns for more mediocrity.

It’ll also be an odd environment for a campus that’s in more upheaval than winning football games can really fix. Not to go completely off topic here, but WVU chose to suspend all fraternities and sororities last week after a few really bad incidents, one involving a student’s death.

The decision has brought forth a lot of opinions across the country, and honestly — and sadly — it’ll be interesting to see how the students respond. Greek life is a huge part of any campus, and that measure seemed very extreme in spite of the horrific tragedy coupled with the fraternity street brawl.

I know that’s more real-life than football stuff, so I apologize. This Thursday night game isn’t going to tell me much about the rest of the Big 12. These guys are mostly who we think they are: above average, not a pelt that’s advancing anyone’s resume that’s fighting for a playoff spot, and good enough to clip you on their home turf but probably not on yours if you’re elite.