Another week of college football brought us another week of nail-biters and upsets. The number one-ranked team in the country lost, number three and four narrowly escaped defeat, and number six was not so lucky. A top-10 team got blown out by a rival. A team with previous national championship aspirations lost to a team with a losing record. It was a another crazy week in college football — its results saddened and stomach-punched several fan bases around the country.

The Irish were one play away from beating the Florida State Seminoles, and even after that loss, they still were a favorite for the College Football Playoff if they could just win out. Last week, however, they lost to a top-10 Arizona State team. This week, the bottom dropped out as they were stunned by Northwestern. Goodbye, premium bowl invitation.

Nebraska cane into this weekend with an 8-1 record and an outside chance at making the College Football Playoff. All the Cornhuskers had to do was just keep winning. Melvin Gordon broke their will and then broke their backs. The Heisman contender had a record-setting day and the Badgers destroyed the Huskers, 59-24.

My dog is even sad for the Huskers! pic.twitter.com/TjQdiIv01S

The @Huskers have completely unraveled. Hate watching my team do this to themselves. #sad — Eric Lueshen (@Elueshenary) November 15, 2014

And we had a bye week to prepare for this humiliation. Me sad. #Huskers.

Having flashbacks to B1G Championship game. Curling up in to feedle position.

The Tigers came into the Georgia game in a must-win situation after losing last week to Texas A&M. It’s tough to lose to a rival, but it’s even tougher when you get blown out. Auburn came out of Athens with a 34-7 loss and its tail tucked between its legs.

The Gators looked like they might just have turned their season around with a big win over Georgia and then a win over Vandy. They seemed to be cruising along against South Carolina but they lost a late lead and then fell in overtime. 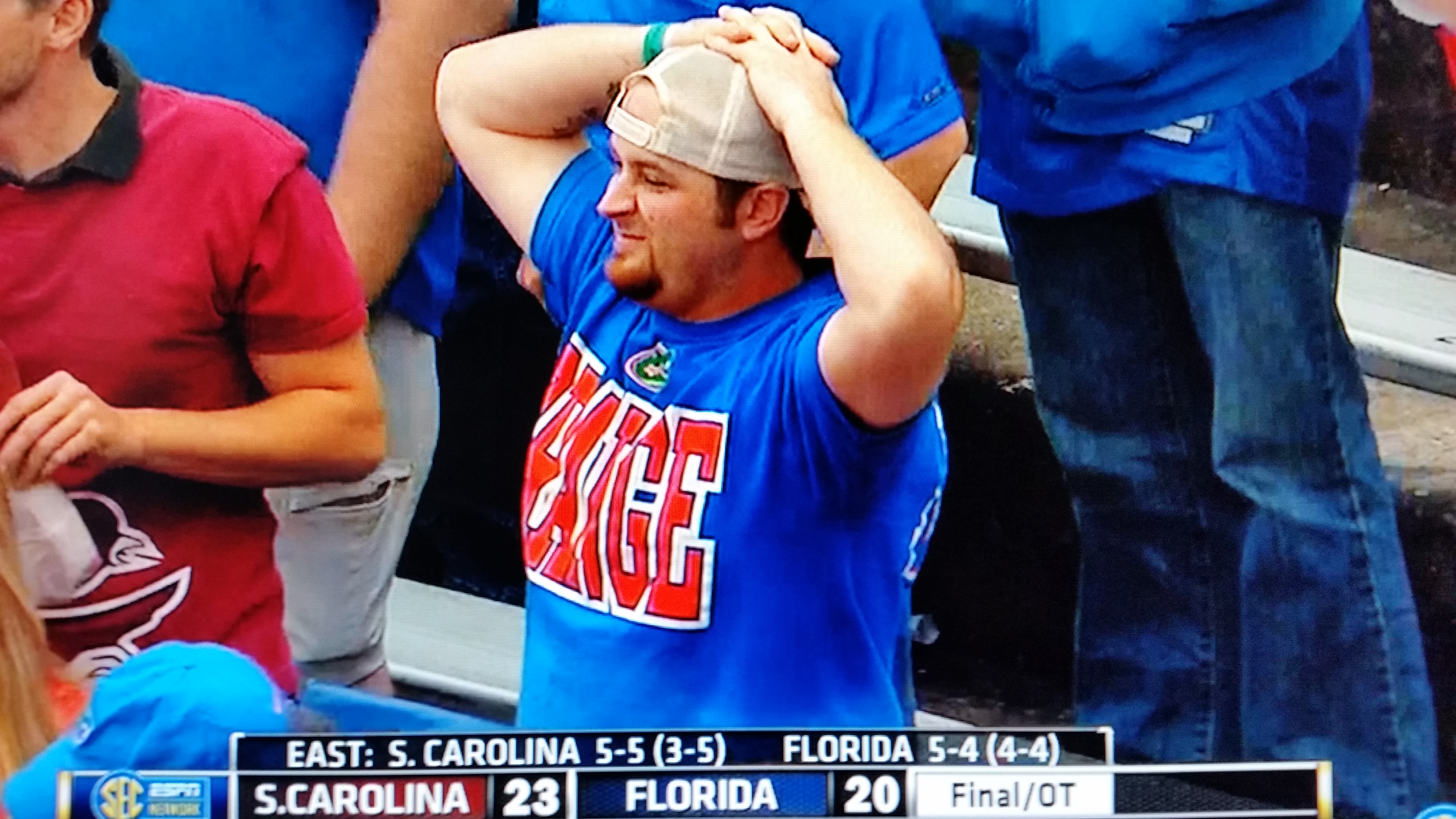 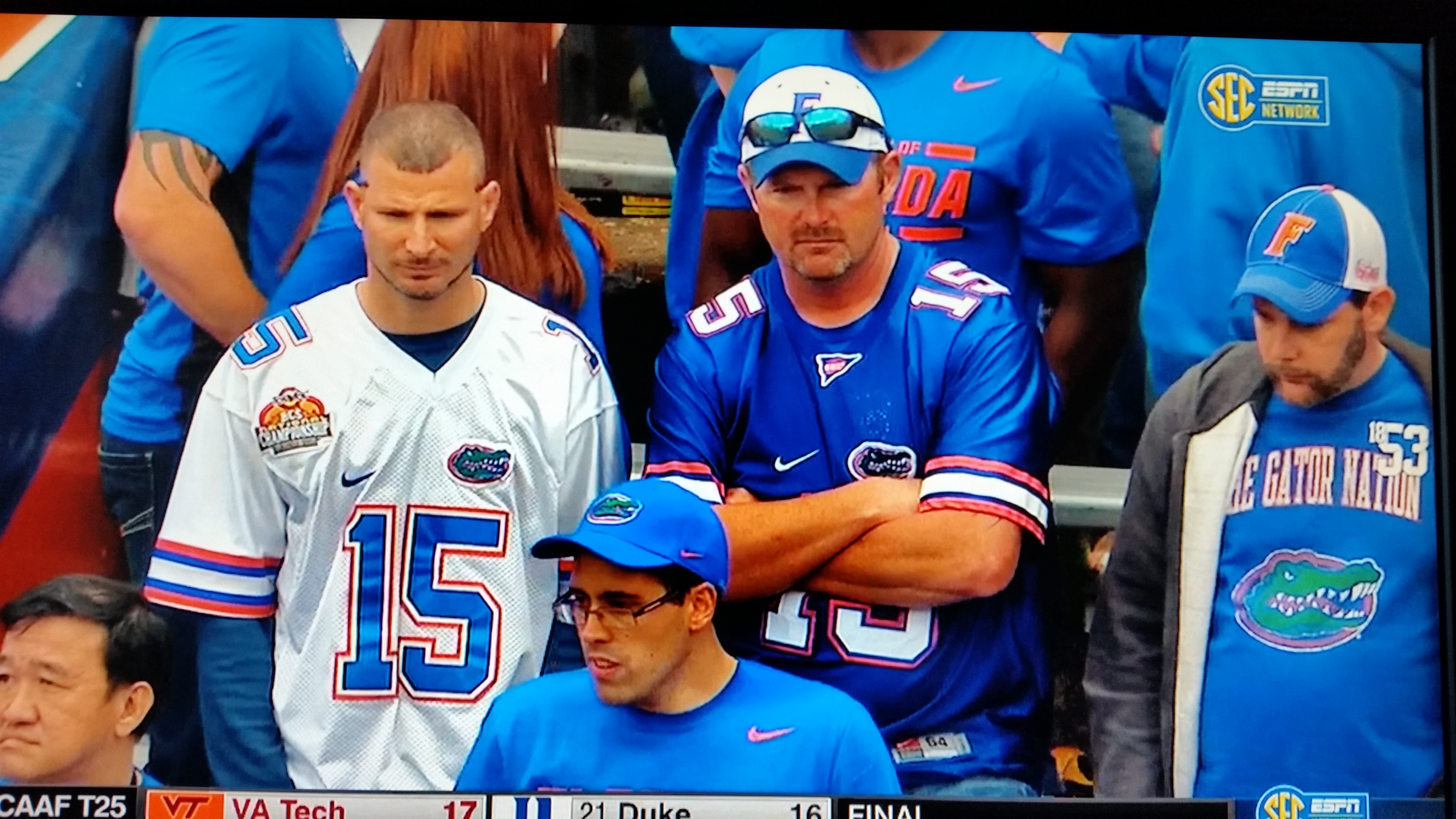 The number six team in the country came into week 12 on a five-game winning streak and had just knocked off two straight top-25 opponents. Unfortunately, Arizona State’s trip to Corvallis, Ore., didn’t turn out as it hoped. The Sun Devils led Oregon State, 24-14, at halftime, but OSU quarterback Sean Mannion’s passing put the Beavers up by one point in the fourth quarter. A late pick-six sealed the deal.

Arizona State has suffered many gut-wrenching losses over the past third of a century. This joined the list, despite the fact that the Sun Devils have still surpassed preseason expectations. It’s true that ASU has overachieved this year, but when legitimate College Football Playoff aspirations are unexpectedly crushed in the middle of November as a heavy favorite, the weight of sadness remains severe… even if this loss is familiar to Sun Devil fans.

I will never get over how disappointing last night’s loss was… Come on #SunDevils, we’re better than that.

Oh Sun Devils, you had me believing it was different this time…. #shouldhaveknownbetter — Steven Lilien (@StevenLilien) November 16, 2014