Rivalry week just concluded. Not only are fans sad that their team lost, but they are sad that they will get their noses rubbed in it for approximately 365 days.

The Wolverines have been dreadful this season, but there is nothing worse than false hope to really kill your spirits. Michigan took a lead in the second quarter and at one point tied up the game in the third, but it was not to be. The only way Michigan could salvage any part of its season was with a win over Ohio State, but the offense ran out of steam as the Buckeyes won by 14: 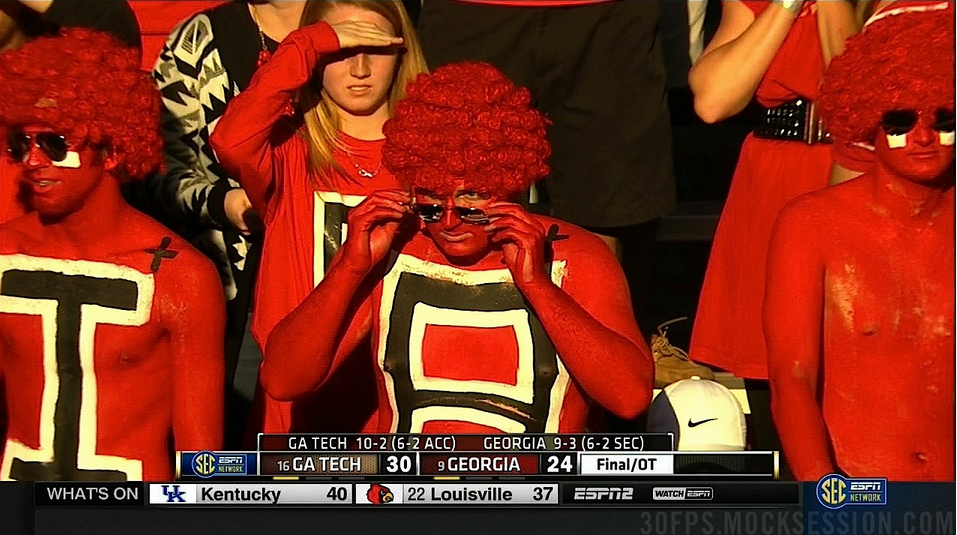 Whys? Why not kick deep? Why call TO when they were about to get a delay of game? Why didn’t we go for two? Why didn’t I wear pants?

A once promising season went up in flames throughout November for the Irish. Against USC, the flames burned even hotter if that’s possible:

Recap of the second half of the season for Notre Dame pic.twitter.com/IcqxM6Q5K2

Once the darlings of college football… that identity seems so far away from the present moment. The Egg Bowl shattered any thoughts the Bulldogs may have had of squeaking into the College Football Playoff. Now they have to hear about it from Ole Miss for a year:

Well, our punter’s been good.

The Herd had made it through almost all of their season undefeated — they had just one game left. It was a home game against 6-5 Western Kentucky. No problem, right? WKU jumped out to a 14-0 lead, though, and we knew this could be trouble. It was a shootout and Marshall caught up and took it to overtime, but then UM’s dreams of a perfect season ended:

“@SportsCenter: No. 24 Marshall falls! Their perfect season comes to an end with Western Kentuckys 67-66 win in overtime.” This makes me sad

Woke up hoping yesterday was a dream. Still sad about #Marshall

Too sad to get it up #weare #Marshall #welost