It’s the dream of athletic directors and many fans at certain college basketball programs: A coach doesn’t feel entirely comfortable at his job… so he leaves for another job.

It’s a fresh start for everyone involved, and the program obtains a better-than-even chance of making an upgrade.

This is what has happened at Vanderbilt, with Kevin Stallings leaving and Bryce Drew coming aboard. Most observers in the college basketball industry (I am inclined to agree) think the Commodores are in better shape after the exchange. This is what could have happened at Pittsburgh, but Jamie Dixon’s departure was filled with Stallings, so the Panthers don’t seem to have improved their head coaching position. We’ll see.

Last week, Josh Pastner did Memphis a solid by taking the Georgia Tech job. The move saved Memphis over $9 million, which it can use to hire the next head coach. The Tigers were mired in the muck of mediocrity. Now, they can go after a big-time coach, and even if they don’t land one, they can still find a coach better than Pastner (and draw up a better contract with a less imposing set of buyout figures).

Which other programs would love to see a Josh Pastner-style move from their current coaches?

Before we begin, we don’t want to get too “hot-seat-oriented” in this discussion. Hot seat coaches are on the verge of being fired, so a lateral move could be a moot point a year from now. To be truthful, some of these coaches could occupy hot seats in 12 months if they don’t do well in 2017, but let’s put it this way: Of all the hot-seat coaches in college basketball, these five are not at the immediate forefront.

Johnny Jones of LSU; Steve Alford of UCLA; Kim Anderson of Missouri; and maybe Pat Chambers of Penn State would be higher up on the hot-seat list if they don’t make meaningful improvements in the coming season. The five coaches about to be mentioned will be in trouble with crash-and-burn disasters in 2017, but if they just kind of muddle along, they might stay on into 2018.

Fans — and maybe athletic directors — would not stand in their way of looking for career resets at other programs of similar stature.

The Wildcats could have been headed for a dreadful season in 2016, with disciplinary actions and transfers eroding the roster following a disappointing 2015 season. Yet, KSU once again beat Oklahoma at home and showed an appreciable degree of resilience. If some K-State fans wanted the season to become a trainwreck so that Weber would get fired, they didn’t get it. Weber is not only on the job; he’s slightly strengthened his position.

Credit to Weber for surviving, and we hasten to clarify that this piece doesn’t argue (or suggest) that these coaches should be fired, only that people inside the program privately wouldn’t mind if the coach in question “pulls a Pastner” and goes elsewhere.

While crediting Weber for staying afloat, however, one can still acknowledge that Kansas State fans probably wouldn’t be enveloped in anxiety if Weber wanted to leave for another program in 49 weeks or so. 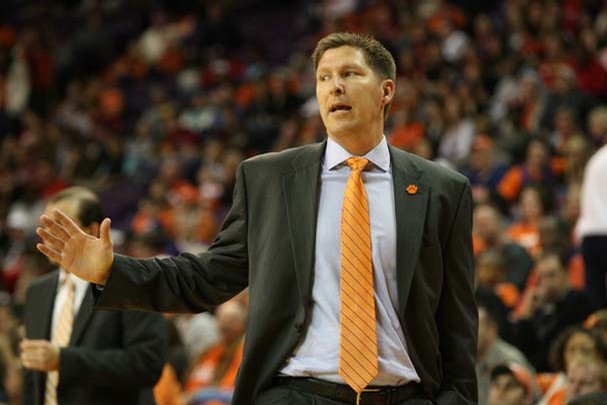 Definitely not a coach who should be fired — Clemson overachieved in the ACC this season — Brownell nevertheless exists in an uncomfortable position in the Palmetto State. He hasn’t made the NCAA tournament in each of the past five seasons. Oliver Purnell might have been a disaster at DePaul, but he did better at Clemson than Brownell, making three NCAA tournaments. Brownell will have to show he can get his teams to finish what they start. Clemson might not be able to get a great coach on demand, but it might want to have the chance to move past Brownell, even though one can make a legitimate case that he hasn’t performed all that poorly.

No, Hamilton shouldn’t be fired. Yet, he’s now gone four straight seasons without an NCAA berth, drifting along in a manner akin to Brownell up the road at Clemson. Hamilton has taken two football schools — Miami and Florida State — to the Sweet 16. He’s enjoyed a decent career. Yet, plenty of Seminole fans — maybe not a majority, but certainly a large minority at at the very least — wouldn’t be torn up if Hamilton made one more move at this advanced stage of his journey as a collegiate head coach. 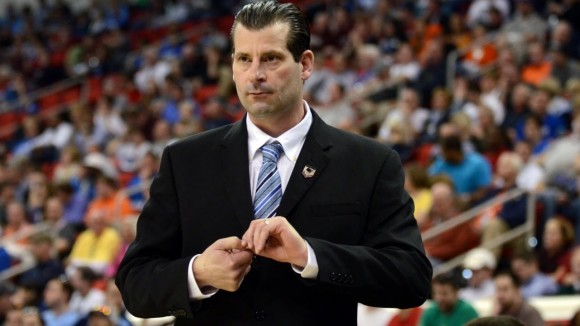 The fact that UMass got crushed in its one NCAA tournament appearance under Kellogg in 2014 makes it that much harder to identify the one truly special moment of his tenure. One NCAA berth in eight seasons is not that bad a track record at UMass, a program which has not soared when men other than John Calipari have coached in Amherst. Kellogg, it should be noted, has done something non-Calipari coaches have rarely achieved in New England.

That said, his tenure is approaching a decade in length, and there’s no forward momentum to be found. UMass could do really well with a man named Al Skinner, but Kellogg would need to make his own Pastnerian move first.

Keep in mind here that Painter almost went to Missouri a number of years ago. He has been tempted by other jobs, and after Purdue’s depressing first-round exit from the NCAAs against Arkansas-Little Rock, Painter could very easily want to scratch the itch and make a new start at another program. Purdue fans yearning for a first Final Four since 1980 — at a program which takes basketball very seriously — probably wouldn’t be too upset if Painter put on his Pastner-inspired shoes and walked someplace else.