In our latest review of the college basketball coaching carousel — such a broad topic requires multiple examinations — we consider the new balance of power among the conferences.

No, nothing earth-shaking occurred in the latest cycle of upward moves, downward moves, and relocations of all kinds. However, this isn’t a static landscape, either, and if one broader theme emerged from the college basketball version of the carousel, it’s that a conference boosted by recent exchanges of football coaches might now be in better position to excel in hoops as well.

The American Athletic Conference has clearly become the Group of Five’s best football conference. Boise State might win the G-5 championship this season or the next, but in terms of a whole conference, the AAC easily outclasses its Group of Five competitors.

The primary reason? This guy: 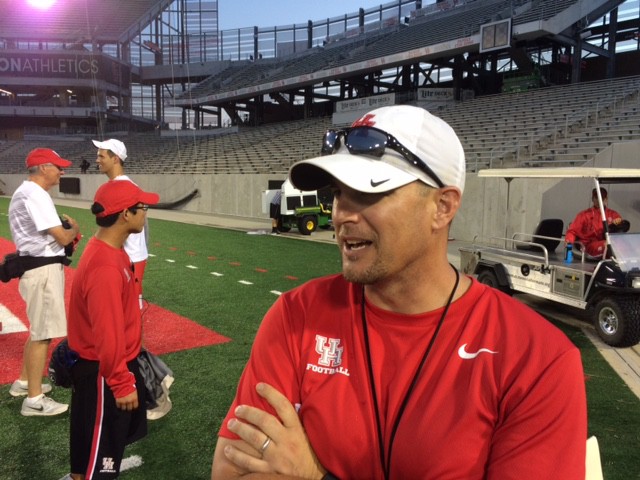 The arrival of Tom Herman has given Houston a next-level football coach, and a program which is the clear Group of Five frontrunner heading into the 2016 fall campaign. (You could say Houston has a Trump card — sorry, not sorry.)

Matt Rhule at Temple, Justin Fuente of Memphis (now at Virginia Tech), and Ken Niumatalolo at Navy (due to the program’s move from the Independent class) all bolstered the AAC in football, giving the league a crop of extremely talented coaches. Had Houston not won the AAC championship, Temple (as the runner-up) or Navy (the team which finished second to Houston in the AAC West) would have been good enough to represent the Group of Five in the New Year’s Six.

As we transition to the coaching landscape in basketball, no, the AAC is not about to enter a golden era. The league isn’t about to get a team to the Final Four — not with Nic Moore leaving and Connecticut not yet certain of exactly how much high-end talent it possesses. However, the AAC is certainly in better shape now than it was a month ago.

Mick Cronin did not go to UNLV.

Tubby Smith arrived as the new head coach of the Tigers.

SMU will be tournament-eligible in 2017.

Can you feel the cash registers popping with all those new NCAA tournament win shares coming, relative to 2016? The 2017 season should be a very good one in the AAC.

It’s clear that the AAC has improved its stable of coaches from the older end — Tubby and Larry Brown plus Kelvin Sampson at Houston — rather than replenishing from the younger end of the talent pool, as seen with Herman and Fuente and Rhule in football. Nevertheless, an upgrade is an upgrade, and the AAC should be able to take advantage of it.

In 2017, you probably won’t see AAC teams going to the second weekend — not more than one, maybe two if a “bracket break” occurs (an 11 beats a 6 and unexpectedly plays a 14 seed in the round of 32 — that’s a “bracket break”). However, a seven-team NCAA tournament haul — SMU, Memphis, Cincy, UConn, Temple, Houston, and Tulsa — is not out of the question. Getting six would be a very solid season, and that’s well within the range of possibility after this spin of the carousel. 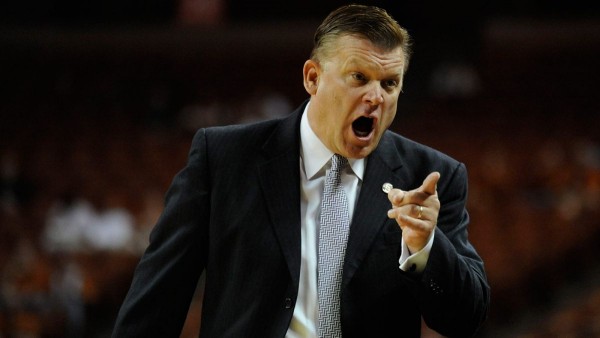 If another high-profile conference benefited from the carousel in college hoops, the Big 12 is the one other prominent example. The improvement in this league came in the lower half of the 10-team group, but that’s going to make the league even deeper, which is somewhat hard to wrap the mind around in light of its ridiculous depth over the past few seasons.

Chris Beard wanted Texas Tech with every fiber of his being. He’s not an upgrade over Tubby, but if any mid-major coach on an upward career trajectory could make things work in Lubbock, Beard certainly seems like a man who could get something done. He doesn’t seem to be a flight risk — he bailed on UNLV to be a Red Raider. Cautious optimism is merited at TTU.

Jamie Dixon faces a tough task at TCU — any new coach would — but he’s a definite upgrade from Trent Johnson, and being an alumnus can’t hurt in terms of giving Dixon’s career fresh oxygen.

Most of all, though, Brad Underwood (above) should rock at Oklahoma State. The Cowboys should expect to make round-of-32 appearances on a fairly regular basis; Sweet 16s every now and then; and Final Fours when all the stars align and the perfect mixture of hotshot recruits and seasoned upperclassmen emerges (as was the case for Oklahoma this past season). Travis Ford couldn’t get OSU close to this standard, but Underwood breathes competence, and he should be able to lift the Cowboys to a higher plateau before too long.

The one other prominent conference which took a step forward — though not nearly as much as the AAC, and probably a little less than the Big 12 — is the SEC. 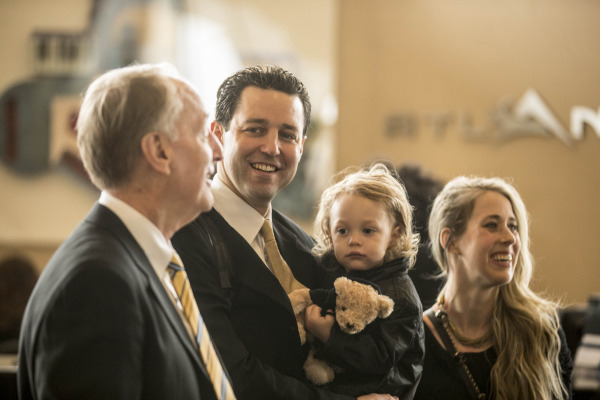 The addition of Bryce Drew at Vanderbilt gives the SEC a young and promising coach who — if he’s anything like Scott has been at Baylor (hold the wisecracks about the off-court stuff; we’re focusing on results here…) — will make the league that much more nationally relevant outside of Lexington.

The SEC didn’t gain too much, though, in the carousel, if only because Johnny Jones wasn’t fired at LSU. The Tigers need a big-time coach if the SEC is really going to take off in precincts not colored Big Blue. Until the LSU job turns over — and goes to a quality coach — the SEC’s growth potential will be limited.

Nevertheless, getting Drew to Vandy one year after Avery Johnson improved Alabama suggests that the SEC is on the way up. As Rick Barnes continues his rebuild at Tennessee and Michael White gets settled at Florida, the SEC might not have as severe a case of “THE FEVER” as it has suffered from over the past several seasons.