These sports ARE apples and oranges.

You can’t reduce a basketball field to four teams after just 13 games.

Football teams determine clear-cut conference champions (well, except for the Big 12), whereas a two-way tie in basketball after 16 or 18 conference games doesn’t create any kind of lasting debate… just the No. 1 and No. 2 seeds in the conference tournament.

These ARE different beasts. These ARE two very strange and foreign worlds, relative to each other.

(You know what’s coming next…)

The advent of the first College Football Playoff won’t make college football and college basketball twinsies, sharing everything in the world… but this first four-team playoff will indeed change the way college football teams, conferences and coaches are evaluated. More to the point, the first playoff will create shifts in football that will bring the sport closer to the NCAA tournament and — most precisely — the Final Four.

The above statement is not true in every way. (People often think that Item A and Item B cannot be compared or likened to each other in any possible way, when all they really mean is that A and B can’t be compared in Realm C or Manner D. This is one such case.)

However, the above statement is true in this one basic respect: The College Football Playoff makes championship college football more like championship college basketball in that it forces coaches to engage in short-term game preparation, not just long-term game preparation. Coaches have over three weeks to prepare for a playoff semifinal. Mark Helfrich of Oregon and Urban Meyer of Ohio State will have had under 11 full days to prepare for this title fight on Monday night.

Helfrich and Meyer had to surmount the challenges associated with long-range planning and the risk of rust heading into the Rose and Sugar Bowls. Now, they must deal with refocused game-planning under a much shorter timeframe for a turnaround. Helfrich and Meyer must deal with different opponents relative to their semifinal conquests. They must get their teams to come down from the euphoria and exultation of winning bowl games — games which have historically marked the conclusion of the college football season. They must tell their teams — after winning the prestigious Rose or Sugar Bowl games and lifting trophies in stuffed stadiums before national television audiences — that there’s one more battle to be fought, one which is going to require total buy-in and concentration. Helfrich and Meyer must both impress upon their players the idea that a great semifinal performance guarantees absolutely nothing on Monday night, and that a complete effort requires the ability to start all over again.

It’s absolutely delicious from a football (and sports) lover’s point of view: Two coaches — in this and subsequent college football seasons — will have to master two very different situations in order to win a national championship. Coaches will have to beat two opponents (likely very different in a number of meaningful ways, very possibly from different parts of the country, as is the case with Oregon and Ohio State) under different circumstances. They will have to demonstrate different skill sets in terms of preparation, organization and motivation.

This is, in short, what college basketball coaches have had to do for a long time, especially at their version of the Final Four. 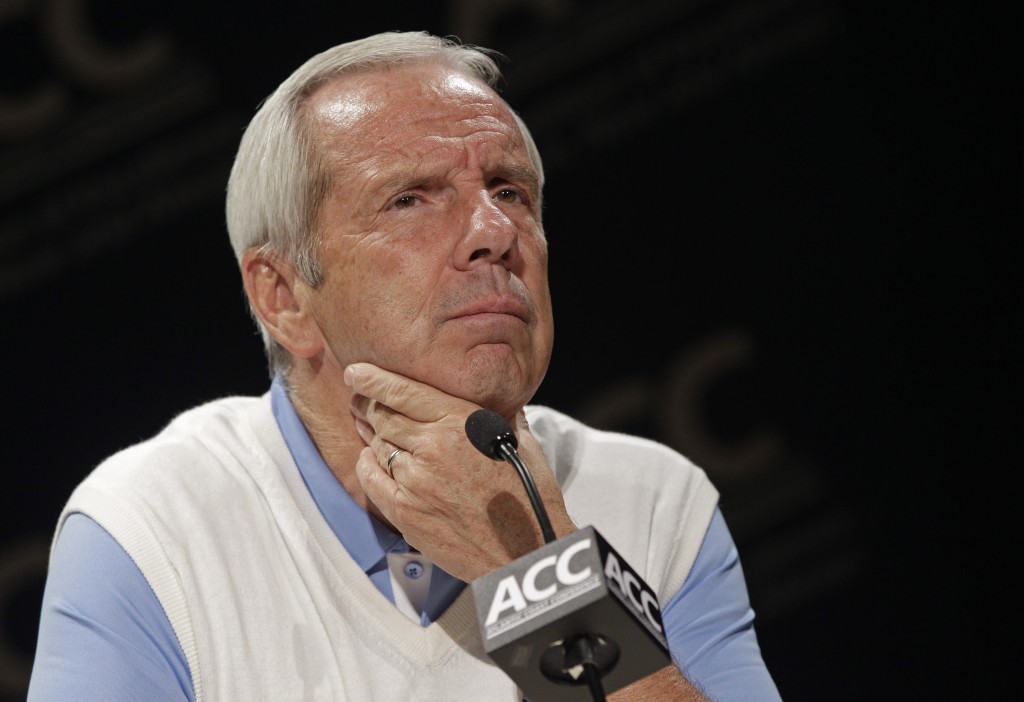 Roy Williams might not have been the first to say it, but the head basketball coach at North Carolina has said that the NCAA tournament is unique in that it is essentially three two-game tournaments. The first two weekends, coaches must navigate a Thursday-Saturday or Friday-Sunday gauntlet. The four coaches lucky enough to pass through those weekends then face that Saturday-Monday pinnacle known as the Final Four.

We can identify Rick Pitino as a legendary basketball coach because of his mastery of long-term preparation. Pitino had not lost a Sweet 16 game until last year (and it’s not as though he was responsible for Louisville’s loss to Kentucky in a foul-marred game)… in 12 tries.

We can point to Tom Izzo as an elite basketball coach because of his brilliance in short-term situations. Izzo entered last year’s Elite Eight with a 6-1 record in that round, before Connecticut (playing in New York, a virtual home game) bumped off Michigan State in the East Regional final.

The NCAA tournament has unearthed many ways in which to appreciate — and critique — various coaches across the country. No, we’re not going to breezily cross-compare coaches in football and hoops now that the playoff is here. That’s not the point of this journey. The point is that in 2015 and future Januaries, football students will be able to see coaches display more of themselves and their skill sets — the limitations, yes, and also the virtues in fuller measure.

The basic virtue of the College Football Playoff is that in order to win a championship, one team must play two main-event non-conference games (barring a 2012 LSU-Alabama situation) to win a title. That’s the foremost way in which the sport is now an improved product, its championship much more genuinely “national” than ever before.

However, an important secondary virtue of the playoff is that it will reveal the merits and weaknesses of coaches in conspicuously textured ways. Mark Helfrich and Urban Meyer are only the first coaches to step into this unique Monday night spotlight, doing something that John Wooden (UCLA) and Gene Bartow (Memphis State) felt in the first Monday night NCAA tournament championship game back in 1973.

In one way, however, they ARE a little closer in this first year of the College Football Playoff, the pigskin’s answer to what’s existed in the realm of roundball for quite some time.