It’s the kind of thing you couldn’t have made up if you tried.

It’s the kind of fact that blows away your mind.

It’s a reality which ripples across 76 years of American history, 76 years of collegiate sports history.

It’s the longer-than-longshot which defies the odds and leaves you breathless.

It’s part of the magic of sports, fully on display in these final days before Monday night’s crowning moment, the end of an historic college football season.

What’s the fact that is almost impossible to wrap your brain around?

Ohio State and Oregon — competing in the first-ever College Football Playoff National Championship Game in 2015 — also met in the first NCAA tournament championship game, back in 1939.

It gives one pause.

Just imagine what an 85-year-old Buckeye or Duck fan is thinking and feeling these days. As a little boy or girl, those fans might have read the newspapers or soaked up the satisfaction if they followed Ohio State or Oregon’s basketball teams in the winter of 1939. They didn’t know that the NCAA tournament would become an iconic American sporting event with a unique vibrance and profound cultural resonance, but they could appreciate the value of a college sports championship. Anyone who was a fan of either one of these teams in 1960 saw each side make the Elite Eight, with Oregon losing in that round and Ohio State going on to win the national title. Oregon fell on hard times in basketball, while Ohio State made two more national title game appearances in 1961 and 1962 and reached the Final Four in 1968, also the year the football team won a national title. 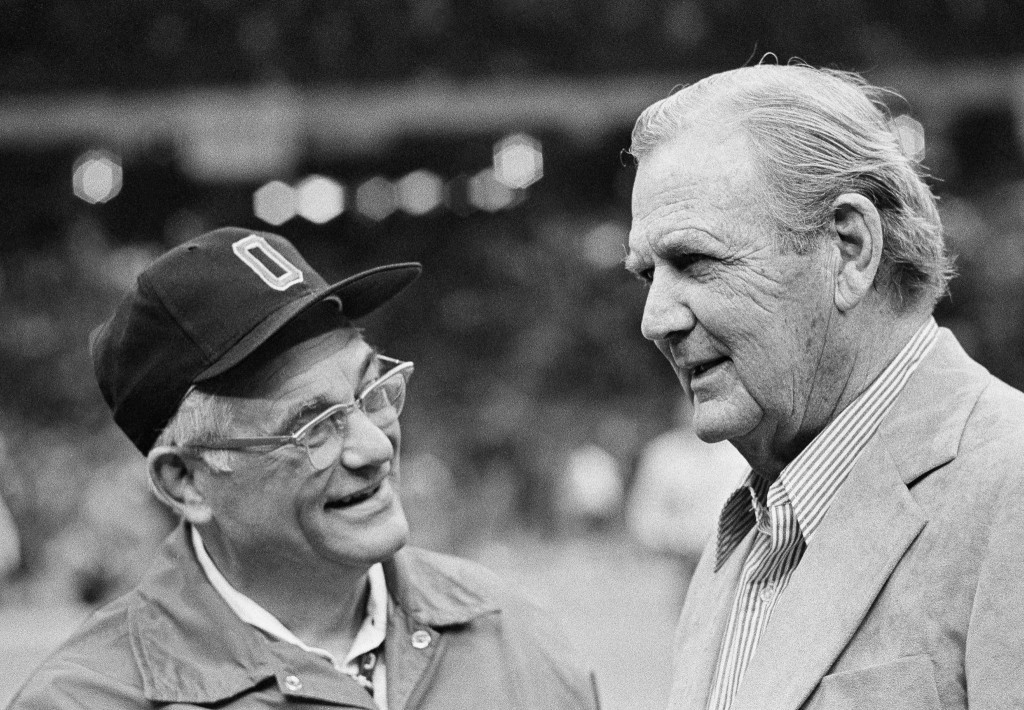 Older Buckeye fans can certainly remember the good times that visited their football program in the 1970s, during the Ten-Year War Woody Hayes waged against Bo Schembechler and Michigan. Buckeyes of all ages can also recall the 1980s, a decade which — while not as ascendant or transcendent as the 1970s in football — offered a balance of football and basketball success. The basketball team remained a force into the early 1990s under Randy Ayers and very nearly reached the Final Four.

By the time the mid-1990s arrived, Oregon — lost in the sports wilderness for more than three full decades (“Deep In The Woods,” one could say) — finally burst into relevance and newfound prosperity. In the winter of 1995, Rich Brooks took the Ducks to the Rose Bowl against Penn State. It was a triumph just for UO to play in the Granddaddy. 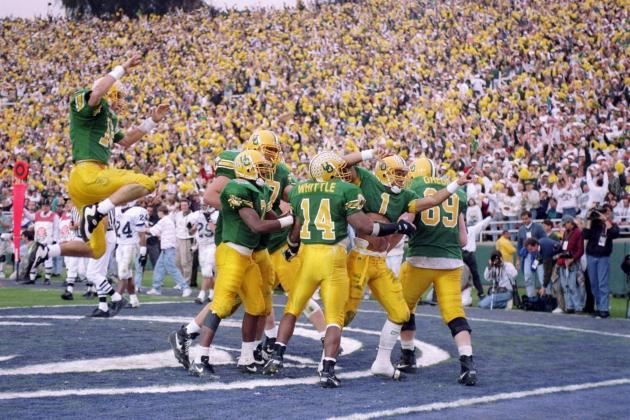 A few months later, the Ducks made their first NCAA tournament appearance in 34 years. Oregon’s sports rebirth — aided by Nike and Phil Knight — was beginning to develop.

In 1999, Ohio State’s basketball team made the Final Four.

In 2007, Ohio State finished as the runner-up in both men’s basketball and college football. Greg Oden bested Roy Hibbert and Georgetown in the 2007 Final Four national semifinals. 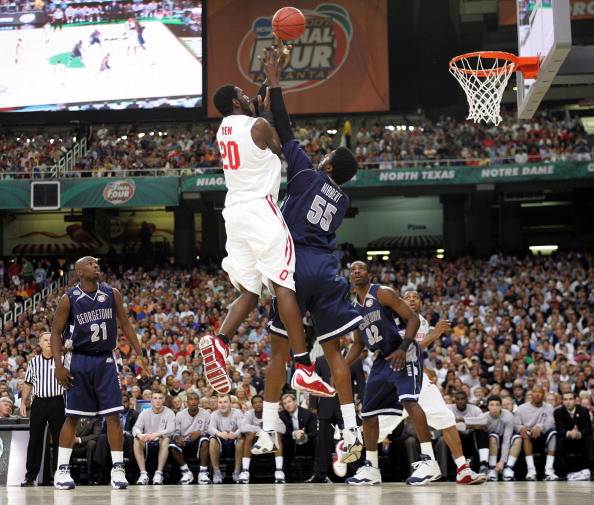 Also in 2007, Oregon made the Elite Eight and might have produced an earlier Heisman Trophy winner (before Marcus Mariota) if Dennis Dixon hadn’t been injured.

In January of 2010, the Buckeyes defeated the Ducks in the Rose Bowl, as Jim Tressel topped Chip Kelly in a meeting of coaches with diametrically opposed football mindsets.

In January of 2011, Oregon finished as the national football runner-up, losing to Auburn on the final play of regulation in the BCS National Championship Game.

In April of 2013, near the end of the 16-season run of the Bowl Championship Series, this thing called a College Football Playoff was unveiled. For the first time in college football, the national championship game would be the product of on-field results — teams would win their way into the game instead of being procedurally placed in the game. Ohio State and Oregon certainly had a chance to find their way into the playoff, but they just happened to be slotted in opposite semifinals.

They just happened to beat Alabama and Florida State.

They just happened to beat the teams that — had the BCS still existed — would have played for the national title, with OSU and Oregon staying home.

If you’re an 85-year-old Buckeye or Duck fan, your memory of the 1939 NCAA Tournament final in Evanston, Illinois, has carried you through 76 years in college sports, and all the times of your life. How amazing must it be to realize that after your teams contested the first NCAA basketball championship, they will compete for the first College Football Playoff, just over three quarters of a century later.

Improbably yet wondrously, these two schools stand at the very center of the story of college sports once again.

Monday night — no, not that Monday night in early April, but this new one in January — will be a national championship night to savor for those who have followed Ohio State and Oregon since the pre-World War II era.