It’s good on a number of levels that Duke coach Mike Krzyzewski notched his 1,000th victory on Sunday, in a non-conference game against St. John’s. The win occurred outside the realm of the ACC. It served as a stand-alone event removed from the league race. The seminal achievement in the history of college basketball could therefore be appreciated solely on its own terms. None of Duke’s rivals in the Carolinas or elsewhere in the ACC had to endure the mixed emotions of paying tribute to Coach K while enduring the sting of a loss to him.

The best coach of our generation has completed the climb to 1,000.

That feels like either an attempt at humor or a dismissive statement, but if you look beneath the surface a little bit, it actually isn’t far from the reality of the situation.

Tonight, with Syracuse’s visit to North Carolina, the ACC really does begin to crank up the intensity. The league schedule starts to get tougher now. The matchups in a 15-team conference — which are inevitably going to create scheduling imbalances — are going to increase in quality. This week offers evidence in support of such a claim. 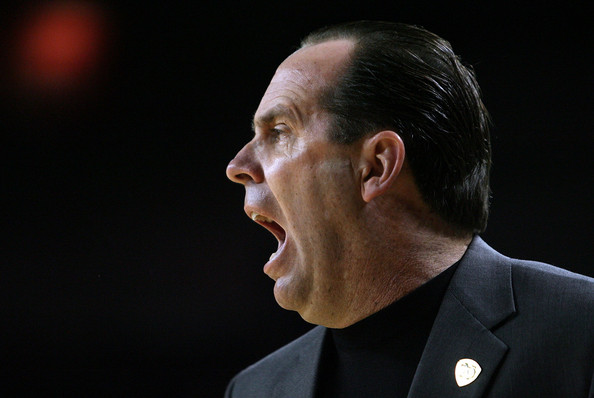 Notre Dame couldn’t beat Virginia earlier in January. If it wants a really high seed in March, it will need to at least split its two games with Duke, making this Wednesday’s home game against the Blue Devils a vital one for coach Mike Brey, a Coach K protege.

It is true that when the ACC schedule makers rolled out their slate for 2015, they could not have known how centrally Notre Dame would figure into the ACC race. Nevertheless, as this big week begins in the ACC, the Fighting Irish occupy the big weeknight stage.

Syracuse-North Carolina tonight is a sexy pairing of schools, but both the Orange and Tar Heels have fielded far better squads in recent years (2010 and 2012 for the Orange, 2011 and 2012 for UNC). The first top-tier clash this week in the ACC occurs on Wednesday, as Duke begins its ACC road trip of death.

The Blue Devils and their thousand-win coach have what is very realistically the toughest two-game trip of any team in the conference. Their journey starts Wednesday in South Bend, as they visit a Notre Dame team which — after coming back to win on Sunday in Raleigh against North Carolina State — is 7-1 in the ACC.

The Irish don’t rebound well, but their competence in playing defense and spacing the floor for their shooters on offense has vaulted them to the top tier of the ACC. Just how legitimate is Notre Dame? The Irish lost at home to Virginia but won at North Carolina. One could go either way in terms of assessing them as a pretender or contender in the league. If Notre Dame wants a top-three seed in the NCAA tournament, beating Duke this Wednesday is vital — partly because the Irish won’t get many more bites at the apple against top teams, and partly because Mike Brey’s team has to visit Duke in early February, a much tougher task. Getting a split with Duke is essential for Notre Dame, which makes Wednesday’s home game such a central moment in the Irish’s still-evolving season. 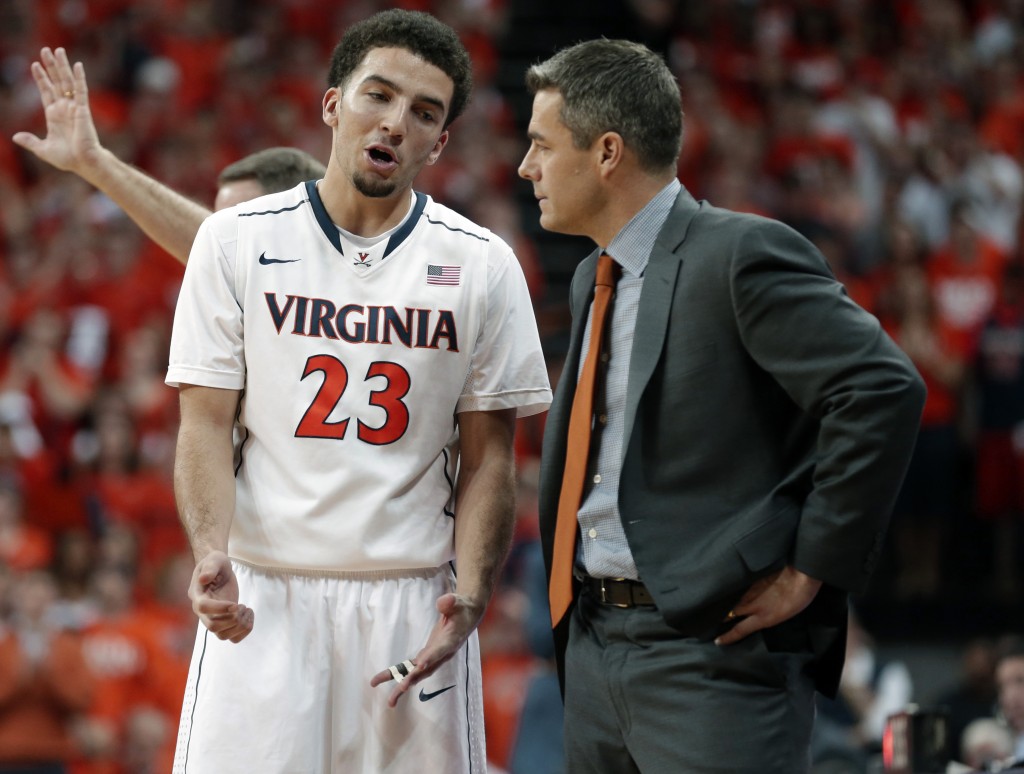 Virginia’s legitimacy was questioned during the 2014 ACC season. The Cavaliers are not doubted as much this year, but if they falter against Duke on Saturday, they certainly will be viewed with fresh skepticism.

That Wednesday clash, though, takes second billing compared to Saturday’s showdown between the Blue Devils and the first-place team in the ACC, the Virginia Cavaliers.

If you recall, the 2014 ACC season became one long attempt to doubt how good Virginia actually was. The Cavaliers won the ACC regular season title (which ACC people do not regard as the true “ACC championship” — that’s reserved for the winner of the conference tournament). Yet, the ACC schedule rotation made them play Duke, Syracuse, and North Carolina only one time apiece, with the Syracuse and UNC games being at home. Duke and Syracuse had to play each other twice, as did Duke and UNC. Virginia got off easy with its schedule, and so when the ACC tournament began, the Cavaliers still had some questions to answer.

After powering past Duke in the tournament championship game, though, Virginia validated everything it was — and everything it had done — in the regular season. The Cavaliers lost in the Sweet 16 to Michigan State, but the quality of that game (at the defensive end of the floor) was so good that the loss hardly felt like a crushing blow. If anything, that game in New York showed how far the Wahoos had come.

Now, a season later, Virginia is unbeaten and ranked second in the nation. The Cavaliers are expected to handle Duke on Saturday… but then again, Louisville was supposed to handle Duke when it hosted Coach K’s crew over a week ago. Duke-Virginia is the early choice for ACC game of the year. It is the crown jewel in a week which begins even more urgent combat in this conference.

Virginia follows this game versus Duke with early-February games against UNC and Louisville. Speaking of UNC and Louisville, they play their second ACC game against each other this Saturday. Syracuse, following tonight’s game against North Carolina, gets a comparatively light schedule in the first half of February, but the remainder of the Orange’s ACC slate is back-loaded with one rough game after another — two versus Duke, plus single games against Louisville, Notre Dame, and Virginia.

The point is plain: It’s about to get real in the ACC. This week is only the beginning.