With the recently completed College Football Playoff crowning the clear best team in the nation, the excitement around college football is erupting, surging to all-time highs… at least as a measurement of cable television viewers.

With this in mind, what better time to think about the four teams that will compete for a title next season?

1) Ohio State: It is nearly impossible to pick against the Buckeyes. They will undoubtedly enter the season as the No. 1 team in the nation. From the title game, Ohio State (probably) returns its leading passer in Cardale Jones, its leading rusher with Ezekiel Elliott, and its top four leading tacklers from the game.

The only question for the Buckeyes are which Heisman candidate quarterbacks stay and which one will start. Another possible hot topic will be how Ed Warinner and newly-hired Tim Beck work together, now that Tom Herman is at Houston.

The Buckeyes have Michigan State and Penn State at home, but do travel to the Big House to battle Michigan next season.

2) TCU: The Horned Frogs were a near miss in this year’s playoff. This will not be the case in 2015. I fully expect TCU to start and finish the season as the second-ranked team in the nation.

The Big 12 runner-up (or co-champion, depending on the backpedaling you prefer to use) returns most of its roster, including Heisman candidate Trevone Boykin. The offense is expected to bring back 10 starters and the defense six. Moreover, the Frogs now have another season of substantial, high-pressure game experience under their belts. They know they can run this race.

After being the first team left out of the playoff, TCU returns with a chip on its shoulder, intent on not letting that scenario happen again. Don’t worry, they won’t. 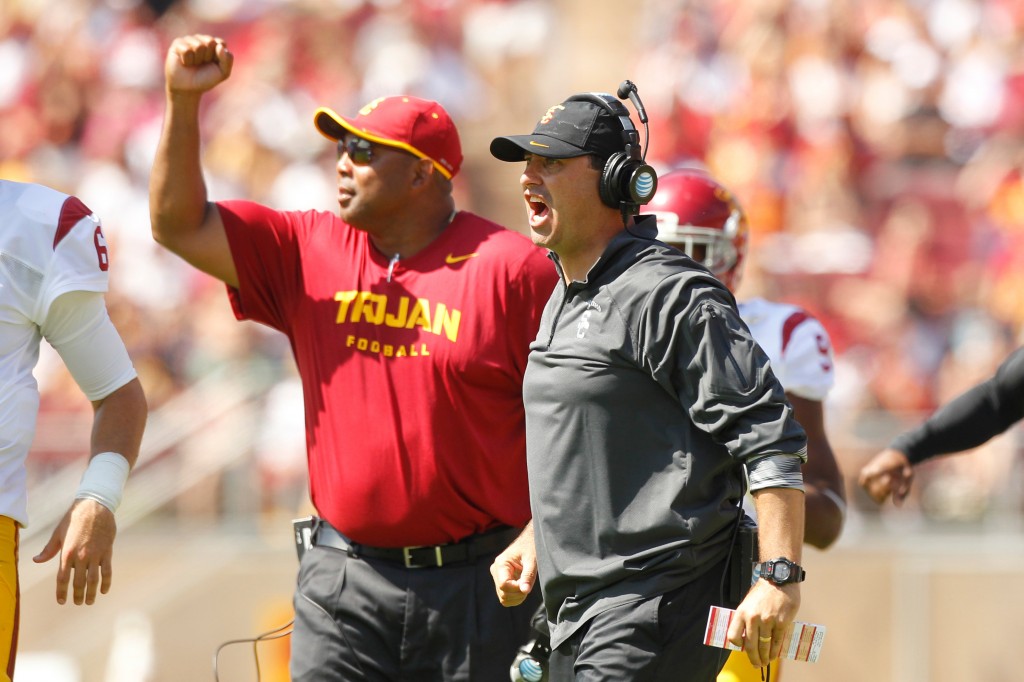 Few coaches are going to face as much withering pressure next season as USC’s Steve Sarkisian. Anything less than a Pac-12 South title will be an unquestioned and absolute failure. The lack of a Pac-12 championship — with Oregon no longer having Marcus Mariota — would be a modest disappointment at the very least. Sark can’t squander the considerable talent he’s stockpiled in L.A.

3) USC: While the Trojans were an inconsistent squad in 2014, I expect Cody Kessler to be the breakout player in 2015 and the first quarterback off the draft board following the coming season.

The Trojans were close in games this season. Three of their four loses were by six points or fewer. Two of these losses were to UCLA and Utah. Plus, outside of Kessler, the USC offense also returns much of its starters, outside of Nelson Agholor. The issues the Trojans face are ones that exist on the other side of the ball, as they are likely to lose five starters. The losses include a trio of top tacklers.

4) Alabama: I know the Tide lose a great deal of talent, but it is impossible to pick against them because Nick Saban is still at the helm.

The 2015 will be a challenge, as Alabama is expected to return only a pair of starters on offense. Much like Urban Meyer, it is just impossible to doubt Saban and his recruiting abilities. Plus, Jake Coker, who was the favorite to win the quarterback job before Blake Sims did, returns as the favorite next season. The offense also returns Derrick Henry.

The Alabama defense, which was the portion of the squad that proved to be (more) suspect at times, likely returns seven starters. However, this also means that the Tide have the capabilities to rebuild to an extent as well.

There are several teams that will make some noise in 2015, teams which came on at the end of 2014. While Tennessee is on many of these lists, due to the amount of talent the Vols bring back, we will call them an “honorable mention” on mine. In a fitting and trendy fashion, my four teams to watch next season are:

1) Arkansas: While it took Bret Bielema over a year to pick up an SEC victory, the flood gates opened up once this was accomplished. After falling in his first 13 straight SEC games, Bielema and the Razorbacks defeated LSU and Ole Miss in conference play to close the season, after nearly knocking off Mississippi State and Alabama.

Arkansas returns a combined 17 starters on both sides of the ball, including quarterback Brandon Allen, who fueled much of the offensive push late in the season. Allen also returns four starters on the offensive line.

2) Texas A&M: The Aggies beat Auburn and nearly beat SEC East champion Missouri (not to mention LSU) in the final three weeks of the SEC season. They also defeated West Virginia in a shootout in the Liberty Bowl.

After taking the helm at quarterback, Kyle Allen really grew up quickly for the A&M offense. On the opposite side, A&M also has a lot of young talent coming back on defense. The Aggies have a fairly favorable schedule for the SEC West, with Alabama, Auburn, and Mississippi State all traveling to College Station. 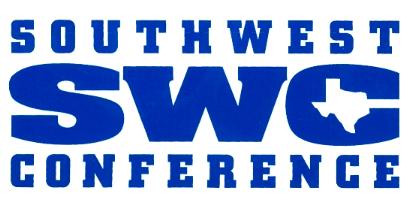 TSS writer Ryan Palencer’s teams to watch come primarily from the old Southwest Conference, with Arkansas, Texas, and Texas A&M all standing in the spotlight. Oklahoma State rounds out the list, making the Texas-Oklahoma-Arkansas subregion one of college football’s hotbeds for 2015.

3) Texas: While the Longhorns got hammered by aforementioned Arkansas in the Texas Bowl, Charlie Strong made some serious progress in the Big 12 toward the end of the 2014 campaign. The Longhorns defeated Oklahoma State and West Virginia in two of the last three weeks in Big 12 play. They also hung tough with UCLA and Oklahoma early in the campaign.

While returning several starters, Texas brings in a top-10 recruiting class under Strong. The quarterback competition will be a key, as Tyrone Swoopes did not do a lot to nail down the position. It will be interesting to see if four-star recruit Zach Gentry makes a run at the job in the spring.

4) Oklahoma State: After making the change to Mason Rudolph under center, the Cowboys were just as hot as anyone else on this list. In the middle of the season, Oklahoma State lost five games in row before upsetting Oklahoma in Bedlam and then knocking off Washington in the Cactus Bowl.

The offense just had a different flow under Randolph. Plus, around the quarterback, Oklahoma State is expected to return its three top receivers and three starting offensive linemen.