What’s part of any attempt to set the table for the next college football season, while also taking into account what’s happened in the just-concluded season?

There are many answers. One of them is a rankings list of all the head coaching hires from the latest winter spin on the carousel.

Full and up-front disclosure: Beaty’s recruiting prowess and his ability to mine the state of Texas for top talent could very, very easily enable him to become a success at Kansas.

Yet, this was the worst hire of the 14 from the offseason, if only because Ed Warinner should have been the man Kansas romanced, courted, and ultimately brought home. This was a slam-dunk for the basketball school in the breadbasket of the country.

It’s true that Brown was Troy’s offensive coordinator for now-retired program icon Larry Blakeney when the Trojans ruled the roost in the Sun Belt in 2008 and 2009. That said, Brown’s more recent stop at Kentucky — though showing some clear signs of progress in 2014 — was marked by a failure to sustain that progress through the entirety of the season. How you view Brown as Troy’s new coach might very well depend on how you’d evaluate Kentucky’s 2014 season and, by extension, how you view the 2014 SEC East. Those are certainly not the only prisms through which to view this hire, but they’re the most recent ones.

Something else to consider: What if Louisiana-Lafayette’s Mark Hudspeth goes to an SEC job in 2016? What if a higher-tier FBS program snatches Willie Fritz from Georgia Southern? Maybe Brown would become more of a factor in the Sun Belt before too long.

Still, this doesn’t seem like the freshest and most inspired choice Troy could have made.

The Badgers have been very successful for nearly a quarter of a century, primarily thanks to Barry Alvarez and the work he began in the early 1990s. Yet, after a run of three straight Rose Bowls from the 2010 through 2012 seasons, you would think that this program would be more coveted by coaches, such that they wouldn’t feel the need to leave. You would also think that subsequent coaching hires would be aspirational in nature more than being geared toward preserving or promoting stability. Yet, the hire of Chryst is little more than an attempt to stabilize Wisconsin football.

In many ways, the hiring of Chryst — who lost at least six games in each season at Pittsburgh — is not so much a bad decision in itself as it is the product of an environment created by Alvarez in which head coaches don’t feel comfortable, due in part to the lack of top-level pay for their assistants, something that hurt Rich Rodriguez at Michigan when he couldn’t pay top dollar for a defensive coordinator. (Brady Hoke, on the other hand, could, which makes Hoke’s failure more conspicuous.)

Moreover, as “blah” as this hire seems to be on the surface, there is a convincing reason why it could work out: Having Chryst back at Wisconsin — where he served as Alvarez’s offensive coordinator for one season and Bret Bielema’s offensive coordinator for six — certainly gives Wisconsin a chance to affirm the best aspects of its identity. The main question is if Chryst is better suited to be the leader of an operation or just a playcaller who assists in the operation. 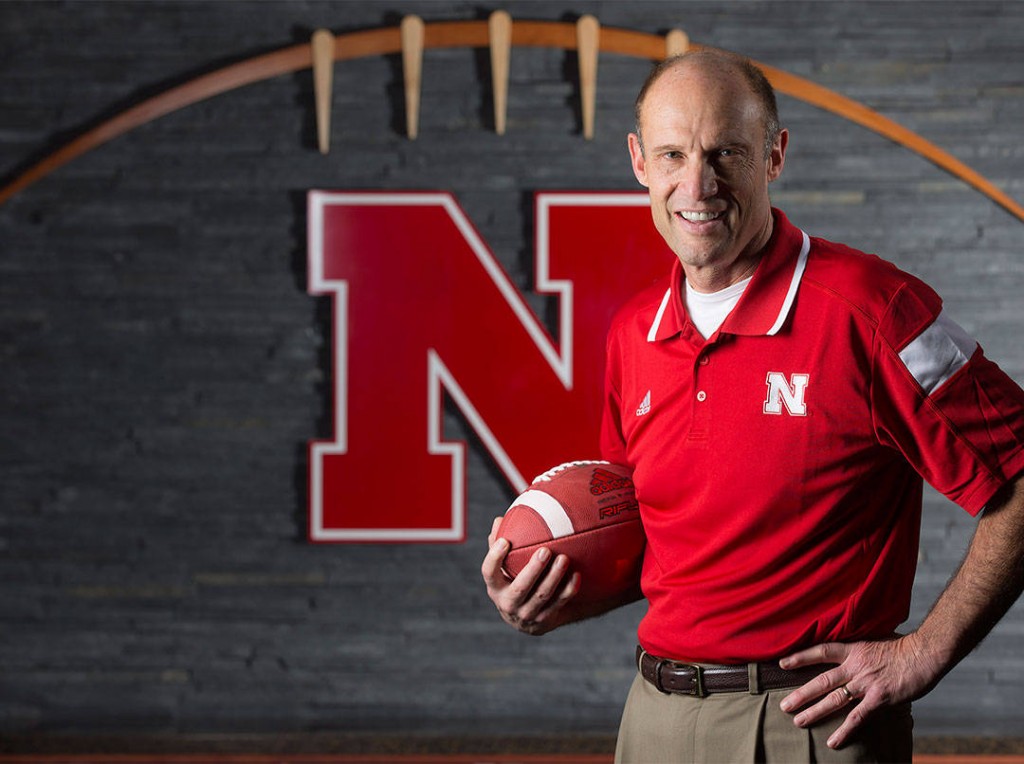 The hire of Riley was a head-scratcher, if only because this move would have made complete sense in 2009, when Oregon State was very close to making the Rose Bowl, but not in 2014, at a time when the Beavers had stalled.

Sure, Riley will have better talent and more resources in Lincoln compared to Corvallis, and yes, he’s a solid X-and-O man who was able to foil Pete Carroll’s USC teams multiple times at Oregon State. Yet, is he going to generate the level of enthusiasm which will translate into massive recruiting hauls and make Nebraska Nebraska again? Skepticism seems warranted.

Had Riley been able to bring a home-run hitter such as Ed Orgeron onto his staff, this hire would look better. LSU has Orgeron, though, so for now, consider this hire something much less than the splash Nebraska needed.

Picking Baylor’s offensive coordinator under Art Briles seems like a reasonably aspirational move to make for a Tulsa program that used to be a model of high-level consistency in college football’s underclass. This move is certainly better than the ones which preceded it. We’ll see, though, how Montgomery fares with a level of speed that won’t match what he had at his disposal in Waco.

Many will certainly express their doubts about a high school coach’s ability to step right into a head coaching position at the FBS level and succeed. No transition period from an assistant’s gig; no bridge from an FCS or lower-division job to the top tier of college football. UNLV’s taking a risk. The Rebels have set themselves up to be ridiculed.

Let it be said, however: Risks require guts. UNLV has shown some intestinal fortitude by going out on a limb here. That’s admirable for a program which hasn’t had much to cheer about in recent seasons, and which clearly saw that Bobby Hauck’s 2013 bowl season was more aberration than indicator. Good for UNLV. We’ll just have to see what Sanchez becomes in this major move up the coaching ladder.

Florida athletic director Jeremy Foley clearly thinks he has another Urban Meyer in McElwain. Meyer quick-fixed Utah in the Mountain West before coming to Gainesville in 2005 and establishing his very lofty place in college football history. McElwain turned Colorado State into a 10-win program after the Rams had drifted for a number of years. Foley is hoping the Mountain West Betterment Plan will work once again. Michigan, of course, took this path with Brady Hoke, plucking him from San Diego State — that didn’t work out.

The logic behind the hire is clear. Does it feel like a home run for a program that ought to hit them when its coaching job becomes vacant? No. 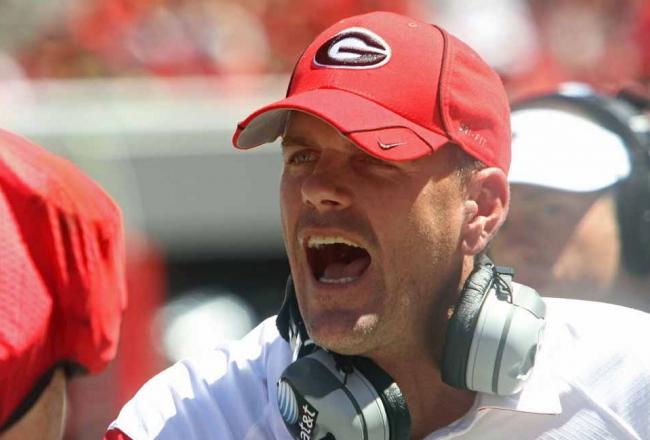 The first seven hires listed above feel like hires that — while all having a coherent reason behind them — leave something to be desired. The next seven hires elicit a far more enthusiastic reaction… at least from this individual vantage point.

Bobo sits at the back end of these seven better hires. His track record at Georgia was not gleaming, but it certainly radiated steady competence. In the Mountain West, Bobo can put his imprint on a program. The fact that he stuck with Georgia and Mark Richt for so long, through many different quarterbacks and some noticeable stylistic shifts in how the SEC played football, should give him a lot of insight into how to run the Rams in Fort Collins. This hire not only could work; it should work, which is the fundamental point of differentiation from the previous seven hires on this list.

The author of the Wisconsin-Whitewater Division III dynasty — with six national championships in the past eight seasons and five in the last six — is a great choice to take over the reins at a whipped, fatigued, bottom-rung program such as Buffalo. Kudos to the Bulls for thinking outside the box. What do they have to lose? Leipold’s creativity, vision and leadership should be able to improve the UB program.

The knock on Morris is that if a defense was strong and talented enough and established itself early in a game, Morris couldn’t adjust to it. Consider how Florida State gobbled up Clemson’s offense the past few seasons. It will also be said by Morris’s critics that Clemson’s talent infusion was much more responsible for the Tigers’ rise than Morris was. That’s a legitimate point… but it doesn’t hold up under scrutiny.

The recent history of Clemson football is simply this: Before Dabo Swinney had the stones to bring Morris aboard, the Tigers were an almost program, a program that consistently fell short of its potential and left prizes unclaimed in college football. After Morris, Clemson stopped underachieving. Conference titles, BCS bowls, victories against SEC powers such as LSU and Georgia — Clemson blossomed under Morris.

SMU landed a catch, someone who — by the way — is intimately familiar with the state of Texas and should be able to recruit well there.

One of the two wonder-workers on Urban Meyer’s staff at Ohio State — along with Ed Warinner, who has improbably not been hired by some other athletic director as a head coach — now gets to test himself as a head coach. When one realizes how prepared J.T. Barrett and Cardale Jones were when they were abruptly thrown into the cauldron of big-game pressure, it’s really hard to see how Herman won’t work out at Houston, a program known for turning out great quarterbacks (Andre Ware, David Klingler, Case Keenum).

The departure from Wisconsin was as abrupt and as startling as his departure from Utah State. Andersen’s career is peculiar precisely because of the less-than-clean way in which he’s severed ties to two programs (not just one — in other words, it’s not an aberration with him). Yet, Andersen clearly wanted to move back to the West. He immediately filled out a stellar coaching staff, plucking assistants from the University of Utah who should make Oregon State’s defense formidable in the course of time. Yes, this fell into Oregon State’s lap, but don’t blame the Beavers — they were offered a gift and had the good sense to take it. 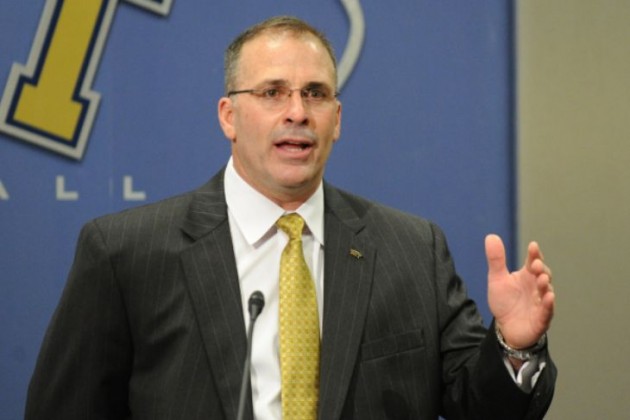 The Panthers need to send a gift basket to the aforementioned Barry Alvarez, who ran the Wisconsin program in such a way that Gary Andersen didn’t feel comfortable enough to want to stay.

Andersen’s exit led to Wisconsin’s hire of Paul Chryst, which in turn opened up the door for Pitt to get a far better coach and — along the way — a new athletic director with a lot more football acumen than Steve Pederson, a disaster on the football side dating back to his days at Nebraska (Bill Callahan says hello).

Narduzzi — in temperament and approach — is the perfect choice for a city and a program that are hungering for a return to the glory days of the late 1970s and early 1980s, when Pitt was an undisputed national power and a constant national title threat. Only one coach represents more of a home run relative to a program’s situation. That’s not bad at all, Pitt.

There are four active coaches in the FBS who can realistically be viewed as can’t-miss:

Jimbo Fisher has inserted himself into this list. Many of us in the pundit class had our doubts entering the 2013 season, but not now. It’s just about impossible to doubt that Fisher will make your program a juggernaut in due time.

Jim Harbaugh is the fourth coach. He turned Stanford from feeble basement dweller to BCS bowl champion and national contender. He became the first NFL head coach in the 45-year AFC-NFC era (which began in 1970 after the AFL-NFL merger) to make a conference championship game in each of his first three seasons.

If there are four super-duper-stars who actively coach FBS college football, Harbaugh’s one of them. Merry Christmas, Michigan.