Over the past several weeks, we’ve seen some brand-name programs and their established head coaches fill vacancies at the coordinator positions, either offense or defense. This discussion does not concern new coordinators under new head coaches or new coaching staffs. This is a focus on programs with firmly-placed head coaches needing to adjust their staffs — some because of failure, others because of movements to other jobs.

Here’s a look at the five main coordinator hires by some of the most recognized head coaches in college football, starting with the least impressive one and working toward the best:

The hiring of Steele as defensive coordinator by Les Miles after the departure of John Chavis should not make LSU fans particularly happy, though one supposes that a couple of (additional) years spent at Alabama, inside Nick Saban’s operation, might give Steele some fresh insights into how to lead a defense. (The word “additional” is used because Steele’s past two years in Tuscaloosa were preceded by a previous tour of duty in 2007 and 2008.)

Why is this not a convincing hire by Miles? Steele presided over the Clemson defense that got eviscerated by West Virginia in the 2012 Orange Bowl. Clemson’s defense has received better coaching since Steele left. Steele’s credentials are impressive in terms of where he’s worked, but the substance of his achievements is, to be fair, uneven. One would have to stop short of more glowing descriptions.

A nuance within this assessment of Steele: Miles’s ability to bring Ed Orgeron onto his staff should give Steele better players to work with, so that could make this arrangement work out in the end.

The Bulldogs watched Mike Bobo take the head coaching position at Colorado State, so Mark Richt had to fill the offensive coordinator spot that had remained occupied by one man for the past eight seasons. He had a chance to make a splash, but Schottenheimer — who has endured a generally disappointing NFL career dotted by a few occasional brushes with success (with the New York Jets’ two runs to the AFC Championship Game) — certainly doesn’t come across as an upgrade.

The one way in which this move by Richt makes sense: Schottenheimer is not the type to abandon the running game when it’s working. Bobo did that at the end of Georgia’s losses to South Carolina and Georgia Tech this past season, so maybe Richt is banking on that dimension of Schottenheimer’s approach in 2015 and beyond.

Bob Stoops, presiding over a sinking ship in Norman, had to embrace a fresh set of voices and ideas on offense. His hire of East Carolina’s Lincoln Riley as his new offensive coordinator is the hardest of these five decisions to rate.

On one hand, Riley enabled East Carolina to undress some Power 5 defenses without a nasty offensive line. He had his team ready to compete against a Bud Foster-coached defense at Virginia Tech. He certainly helped cultivate the talents of quarterback Shane Carden.

On the other hand, The American was not a very good conference this season, and ECU lost steam not too far into the league’s season. Riley’s answers to the questions posed by AAC defenses became less convincing as the season progressed, for the most part.

You could go either way on this new coordinator hire. Stoops needed to get rid of Josh Heupel, and while this might not come across as a clear upgrade, it doesn’t feel like a downgrade, either. 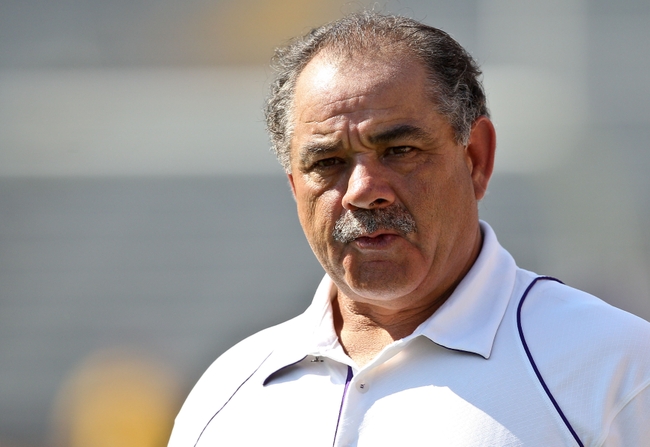 The Aggies and Kevin Sumlin didn’t get Will Muschamp, but they did bring in a highly respected defensive coordinator who has the added advantage of knowing the SEC West very well to begin with. Plucking Chavis from LSU is impressive not just because of the skill it required on Sumlin’s part, but because LSU’s defenses were very strong under the man who used to be Phil Fulmer’s defensive coordinator at Tennessee.

The main weakness with LSU was last-two-minute defense. For instance, Alabama twice tied or won games in Tiger Stadium on last-two-minute drives, in both 2012 and 2014. In hurry-up situations, LSU became vulnerable. Yet, in the bigger picture, the Tigers’ problems could not be laid at Chavis’s feet. LSU’s main weakness over the longer march of time has been at quarterback, where the program has struggled to get dependable production on an annual basis. Sumlin should rightly be thrilled to have Chavis in the fold.

The fact that Muschamp has previously served as Auburn’s defensive coordinator (2006 and 2007) should make this a very smooth transition for him. Gus Malzahn has assembled what appears to be the best staff in the SEC, at least in the West Division. The positional assistants and the components of the full staff are noticeably strong, but even if they hadn’t been, the simple reality of a Malzahn-Muschamp combination would have made the Tigers quite formidable.

It’s difficult to contest the notion that Muschamp is the best coordinator hired by an established (non-first-year) coach since the end of the regular season.