Does watching college football need to be a four-hour commitment? How can games be shortened?

Monday night’s College Football Playoff national championship game between Clemson and Alabama was one of the most dramatic, exciting sporting events of this century. It had everything you would want in a big game and then some. The only problem was that millions didn’t see the finish because it ended at 12:27 am on Tuesday morning after more than four hours of football.

As college football heads into its offseason, the conference commissioners have started talking publicly about cutting down the length of games. Big 12 commissioner Bob Bowlsby, SEC commissioner Greg Sankey and Pac-12 commissioner Larry Scott each chimed in about shortening games during the run up to the title game in Tampa.

Scott flatly said, “I would like to see shorter games.”

College football has GOT to do something about the length of their games. 4 hours for ANY game WITH a clock is torture & unacceptable!

With the concern growing about the ever-increasing length of college football games, topping out at an average of three hours, 25 minutes a contest this fall, here are three proposals to consider for college football shortening its games without ruining the spirit of what makes autumn Saturdays loved by so many.

1. Cut team timeouts from three per half to four per game 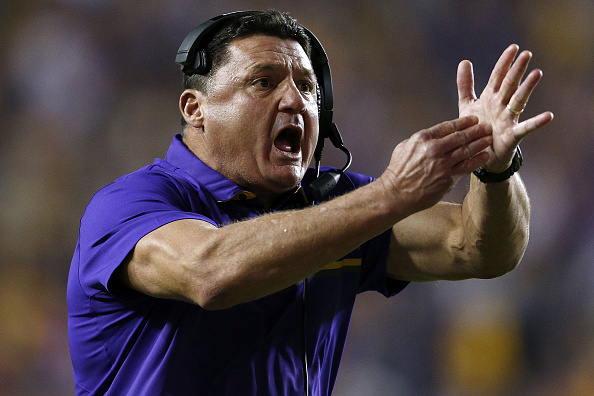 BATON ROUGE, LA – OCTOBER 22: Head coach Ed Orgeron of the LSU Tigers calls a timeout during the second half of a game against the Mississippi Rebels at Tiger Stadium on October 22, 2016 in Baton Rouge, Louisiana. (Photo by Jonathan Bachman/Getty Images)

College basketball has benefited immensely from going from five team timeouts per game to four. More games are finishing within two-hour broadcast windows and cutting out team timeouts has certainly helped with that.

College football could use the same type of thinking to speed itself up. By cutting four timeouts a game you’re saving as much eight to 10 minutes that no one will miss. Rather than reset, the timeouts will roll over between halves. It will put a premium on good clock management early because burning one or two timeouts in the first half could become a major factor late in games all while shortening said games.

2. Go to an NFL-style replay system 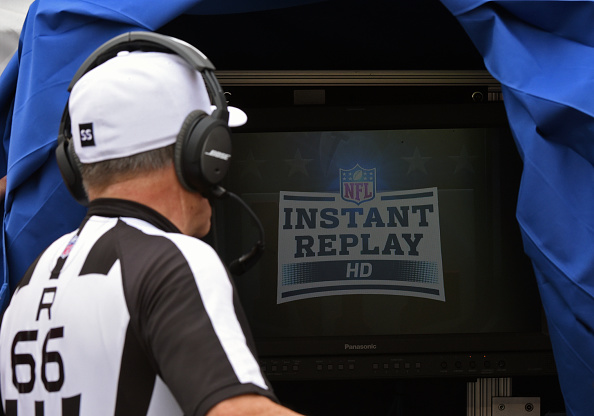 PITTSBURGH, PA – SEPTEMBER 28: National Football League referee Walt Anderson #66 looks at the monitor in the instant replay booth used to review challenged plays during a game between the Tampa Bay Buccaneers and the Pittsburgh Steelers at Heinz Field on September 28, 2014 in Pittsburgh, Pennsylvania. The Buccaneers defeated the Steelers 27-24. (Photo by George Gojkovich/Getty Images)

It takes all the energy out of the stadium and is a MASSIVE suck of time. There is no reason why every play should be eligible to be reviewed. It’s absolute nonsense that the hypothetical situation above, which happens plenty of times every season, can stretch to 10 or more minutes depending on the length of reviews, despite only being seconds long in terms of game time.

Length of game is not the issue for College football just like with MLB. It's about pace of play. Lots of stopping and waiting is the killer

This can all be fixed if the NCAA went to the NFL’s system of replay. Coaches get two challenges — which could also be three, if the first two challenges successfully overturned calls — and then all plays are reviewed by the booth in the last two minutes of each half, as well as all of overtime.

Wouldn’t games flow so much better if there were six to 10 reviews a game instead of 25 to 40? So much time is lost during reviews that going to a challenge system alone might push the length of games back towards three hours. 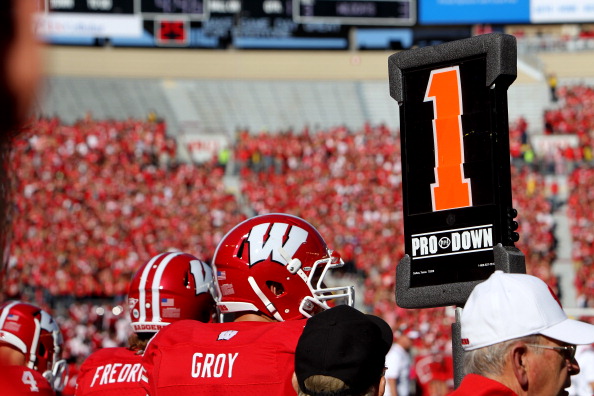 MADISON, WI – OCTOBER 12: First down marker on the Wisconsin Badgers sidlines during the game against the Northwestern Wildcats at Camp Randall Stadium on October 12, 2013 in Madison, Wisconsin. (Photo by Mike McGinnis/Getty Images)

I think the clock stopping on first downs is one of the biggest pluses of college football over the pro game. You get a moment to breathe after making a big play down the field, rather than getting penalized precious seconds late in a game for doing so.

However, college football does not need to stop the clock on every single first down. It’s great late in the half, but presents another drag on game time throughout the contest. Slightly alter the rule to only stop the clock on first downs in the final five minutes of each half. It will allow teams to properly run drives late, while also cutting out minutes early in games.

College Football really needs to fix their problem with the length of games. It feels like the #RoseBowl will end in 2018.

College football games need to slim down. With the continued rise of up-tempo, 100-play-a-game offenses becoming more and more common, it isn’t too far-fetched to think that the average game, as it stands now, could soon push three hours, 45 minutes or four hours consistently.

However, by applying one or all of these realistic options to cut down the length of games, college football can maintain its appeal while also keeping to a nice, tidy three-hour broadcast window.

Mike Abelson is an editor for Comeback Media. He also works as a writer and broadcaster for numerous organizations throughout New England. You can follow his journey to see a basketball game at every New England college at throughthecurtain.blog.