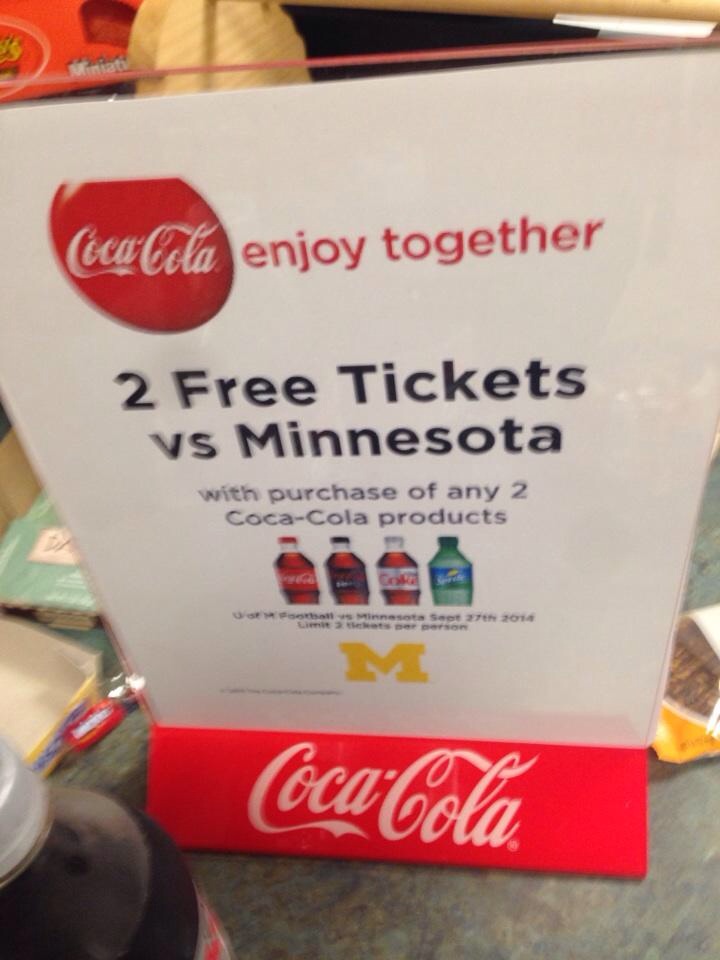 Michigan is resorting to odd things to keep that 100K plus attendance streak up, since it appears not that many folks want to go.

Not only is Michigan bad at football, now they’re bad at filling the stands. Michigan has an impressive streak of packing the Big House with 100,000 plus but is in position to not lead the Big 10 in attendance in what seems like forever.

So apparently they’ve resorted to giving away tickets for buying $3 worth of Coke products. That’s rough. On the upside, even if you don’t want to go to the game, at least now you have something to clean acid off of your car battery with.

Update: We’re told this offer was in the student union and some students have already taken advantage of the offer.

Spent $6 to get 4 football tickets. If anyone wants to come up for the game let me know pic.twitter.com/33oZ46oBEl