Last column of this sort before the season starts. It’s been a great tradition. All three of them so far and all. Traditions are funny things. I have no idea how many times something needs to happen to be a “tradition.” In dating, it’s always useful after basically you don’t want to think about where else to take your significant other so you say, “Hey, this is our place. It’s tradition that we go here every Friday night!” Whether it’s a steakhouse or White Castle, it sounds well thought-out and nice.

With this, we’ll not say it’s too traditional. So long as Bloguin doesn’t fire me, it’ll be around I suppose. Let’s get to the meat and potatoes of this jazz …

We’ll get the driving portion out of the way first, because this level of being a rube deserves top billing. When you’re at a stop sign just slightly before someone else across from you, they’re turning right. You have no turn signal on, so the other person assumes they’re going straight like any rational person with a functioning brain would. Then halfway through the intersection you pop on the left turn signal and get all bent out of shape when they’re in the middle of cutting them off making said right turn; you probably don’t deserve to hold an operator’s license. Pro tip: decide before halfway through an intersection which freaking direction you’re going in.

Okay, on to football to keep it semi-honest. In news of the weird, Arkansas quarterback Brandon Allen’s truck was set on fire. You assume it wasn’t a crazed fan because aside from Wesley Snipes in that one movie The Fan, people can’t be that nuts, can they? Also, are we considering a Chevy Avalanche a truck? Seems sketchy, like calling whatever Macklemore does “music.”

Maybe Nick Saban’s screwing with us all by naming co-starting quarterbacks. Maybe he plans on trotting both of them out in the backfield and just making the defense guess which one is getting the ball all game. Sounds legit.

Speaking of Alabama, The Smoking Musket on SB Nation took time to write an article about how West Virginia might beat the Crimson Tide this weekend. None of it included the actual only way the Mountaineers will, which would involve Dana Holgerson siphoning gas out of Bama’s team bus before getting there or martians landing in the Alabama locker room and taking them all up on the Mother Ship. Would make a great Disney movie. Also, good job by that guy on the article.

The idea that fans helped foster a college football playoff is not really of completely sound mind. The reason we have a playoff is because they found out it was worth more money. If they ever find out it’s worth more money to go back to the 1960s when 11 teams claimed “national” championships, they’ll go back to that system. Remember, kids, money is undefeated.

Utah State will finish the season ranked as the top mid major. Guaranteed.

Walked by the TV last night in my house and the VMA’s were on it. I don’t lie in my columns. I swear, I did not turn it on. Pinky swear. Miley Cyrus was getting some award, assumedly for making terrible music, and wouldn’t speak to dedicate it to homeless and disadvantaged youths. Isn’t Miley Cyrus worth like $100 million? You know what’d work better than a speech? Taking like $50 mil of that and building a giant castle with a roof on it for all these disadvantaged youths she’s so worried about. Or helping them get jobs. Celebrities are insufferable.

What isn’t insufferable is Taco Bell breakfast. I had the stink eye turned to it when it first came out, but I’ll be a son of a gun, that stuff is good. The waffle taco is like the Jaimie Alexander of fast food breakfast food, which is to say A++++++++.

Folks talk about how Johnny Manziel is a nobody rookie in the NFL, yet every time he’s sacked in the preseason, some guy is flashing the Manziel Money sign. You know what that is? A sign of respect. Guys pay so much attention to him that they want to mock him with his own celebration. You don’t see guys celebrating/mocking when they bring down Ryan Fitzpatrick.

I know, I know, I’m a Manziel apologist. Put it in the circular file with all the rest of the complaints that begin like that.

Florida Georgia Line announced that it’ll be doing a show in Jacksonville the night before the World’s Largest Outdoor Cocktail Party (and I don’t rightly care if you say I can’t say that). On Halloween, the world’s greatest holiday. I’d honestly rather be down there that weekend than any other sporting event in the history of ever. That sounds epic. All of it.

So I see DGB was not reinstated (rightly) by the NCAA under some real stretch-worthy effort of interpreting the run off rule. Since the NCAA got hammered by the media for potentially reinstating him when it actually hadn’t done it, I look forward to the “Nice work, NCAA!” columns going forward. That’s the thing, you won’t see any. Why? Because the media has decided they don’t like the NCAA, and once the media decides they don’t like you, that’s it.

On vice versa, once they decide they love you mostly because of interview access and cheesy commercials, you can do no wrong. Exhibit A is Peyton Manning, who got a flag for taunting an opposing player after a touchdown, screaming at him for knocking out Wes Welker. Holy smoke … imagine if Tom Brady or Ben Rothleisberger or God forbid, Michael Vick had done that. They’d never live it down. But for Manning it was “justified.” Hell, Brady took junk over yelling at his own teammates last year for crissakes. Double standard.

I know only myself and @WesReynolds1 (one of the more intelligent, level-headed, reasonable fellows on social media in a world sorely needing more of them) on Twitter were watching the Webdotcom Tour Sunday night, but this guy named Kyle Reifers was on 18, a par 5, sitting at 25th on the money list, where the top 25 get a PGA tour card. Guy goes for the green for some reason and shanks the holy hell out of it into a forest. Where the ball somehow bounces back in the fairway and he ends up sticking in that 25. It was the most lucky bounce I’ve ever seen in golf after a questionable decision. You know the book The Giving Tree? He should reverse it and give that tree whatever it wants forever. I’d sleep under that thing, read books to it, sing lullabies, whatever it asked for as long as it asked.

See, if you’re nice and somewhat smart on Twitter, I’ll throw you in a column. My apologies to @WesReynolds1, who just probably lost 100 followers for me mentioning him in this. It’s like being out with a group of guys hitting on a group of cute girls and one of your buddies utters, “Yeah, I love Nickelback!” The girls scatter, and you’ve got no chance as long as you keep hanging out with that guy.

Not to be morbid, but I have no idea why the Diesels in Thomas the Tank Engine take Sir Topham Hatt’s crap. They’re trains. He’s yelling at them, telling them they’re not very useful, and they just there and take the verbal scourging. Personally, I think it’s garbage. The Diesels need to revolt. Hatt is lucky one of them hasn’t taken a shot at him.

Okay, for a few football things before we putt out of this round …

3 Games you tell the wife she’s on her own for:

1. Wisconsin vs LSU: Should be an epic tilt. Sort of a baptism by fire for everyone around you to understand how non-available you’ll be every Saturday night until December something.
2. Boise State vs Ole Miss: I like both of these teams both personally and as football teams. Ole Miss sends me more stuff though, so I think by proxy, they win.
3. Navy vs Ohio State: I have no idea what to expect from Ohio State other than they’ll be better in November than they are now probably. Navy has this Keenan Reynolds guy and he’s good enough to do shocking things like lead Navy to a win. 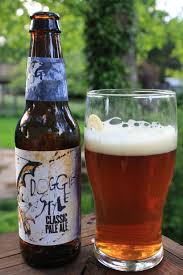